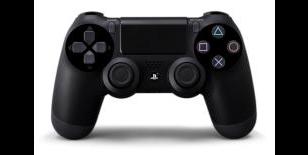 Playstation 4...The Future is Now

It's been two days since Sony excited the world with the official unveiling of the Playstation 4. Months of speculation and rumors were finally put to rest and whether your a longtime Playstation supporter or not, one thing was certain. On February 20th 2013, Sony was talking and the gaming world was listening. In the last two days, hundreds of articles and gamer blogs were written talking about Sony and the new Playstation 4. The vast majority of all of those articles were positive, absolutely praising what we as gamers have to look forward to later in the year when the Playstation 4 gets released to the gaming masses. But throughout the entire two hour event, I felt that there were three main factors that helped make the Playstation 4 press conference an absolute success for Sony.

We'll begin by talking about the new DualShock 4 controller. The Dualshock 4's new design is slightly bigger than the traditional Dualshock design Sony has been traditionally using with their Playstation consoles since the original PSOne days. But the slightly bigger size was needed to accommodate the new features Sony has added to the new design. These new features include an interactive touch pad on the front of the DualShock 4 controller that will function similar to the rear touch pad currently found on the Playstation Vita. Sony also added an LED tracker that works with the new PS4 Eye Camera in a similar fashion to how the Playstation Move works with the current PS3 Eye Camera. Finally, Sony added an innovative new Share button that directly connects the gamers to the PS4's social features which allows gamers to quickly access live video streaming and the new spectator mode. All of these features are new to any console and help push Sony's new social gaming initiative while still keeping the new Dualshock 4 redesign similar to the same sleek feel of the classic Playstation controller.

While we're speaking of the PS4's new social gaming initiative, Sony also unveiled a new PS4 online network powered by Gaikai. Aside from simply giving us a smoother online gaming network, Sony also informed us of innovative new console gaming features like the ability to play games while they are still downloading. This feature has been possible on PC gaming with Steam, but this is the first time this feature is being offered on a gaming console. Now, gamers will also be able to try game demos without even having to download the actual game. Sony also told us of how we will be able to integrate our Facebook/social media profiles directly onto our PSN account and keep our real life friends category separate from our online PSN friends. As mentioned earlier, Sony is also introducing video streaming of your games with ease and spectator mode where your gamer friends can watch you play your game and even take control of your game (if you allow them) from a different location. Finally, Sony informed us that PS4/Vita Cross Play functionality will be available on all PS4 titles.

Innovative new features are fine. But if your like me, the most important part of any video game console...are the games. The first good news we heard coming out of the PS4 press conference was how excited developers are of working on the PS4 compared to the more complicated layout of the PS3. Every major third party video game developer including Activision, Ubisoft, Bungie, Rockstar and dozens more are already on board and many of them are already working on PS4 launch titles. Some of the amazing looking games that we saw at the press conference included Watchdogs, Destiny, Deep Down (a new title from Capcom that looks like an updated version of Dark Souls), The Witness and Diablo 3. Not to be outdone by these great looking 3rd party games...Sony was also flexing their first party muscle showing off four new impressive looking exclusive titles. These games included Killzone Shadow Fall and Infamous Second Son. Both games being sequels to two of Sony's biggest AAA exclusive franchises. But Sony also showed off two new IP exclusive titles as well. These new titles included Drive Club, a team based social racer from Evolution Studios, the studio behind the popular PS3 racing franchise Motorstorm. The second game was Knack, a beautiful adventure game that looks like it will fit in perfectly with Sony's popular LittleBigPlanet, Ratchet & Clank and Sly Cooper franchises.

Those are my thoughts on the Playstation 4 press conference. Feel free to agree or disagree with me and share your thoughts in the comments below.

Question how can I play steam games while it downloads? I tried it did not work, what I can do is download a game then play another game.

Excellent question s45gr32. I'm not very familiar with Steam gaming myself, but a lot of the information I came across in regards to the new PS4/Gaikai service offering the feature of playing games on the PS4 while they are still being downloaded were drawing a lot of comparisons to a similar feature on Steam. After doing a little more research, I learned the feature is possible on Steam, but is very limited to only a select few single player titles. Thank you for commenting. Feel free to follow me at http://people.ign.com/chris...

I don't see how this is possible without the games being created with this technology in mind. WoW had to go through huge changes to implement this. You have to create your game with modularity in mind. The Unity game engine makes this possible over a webplayer however the tech is not perfect and requires a fast internet connection or you get stuck in a loading screen while the information is streamed across. I wonder how many devs will bother to implement this.

That's a very good point blade. I guess we'll just have to wait and see and hope Sony can pull through on this promise.