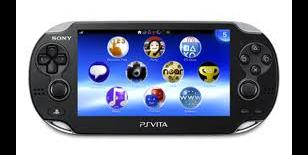 When Sony launched the Playstation Vita back on February 22, 2012, there was one game that without a doubt was carrying the mantle of being the premier flagship game for the new portable device. That game was Uncharted Golden Abyss. In the last few years, the Uncharted franchise has become one of Sony's top AAA exclusive titles and it only makes sense that an Uncharted game would lead the charge on the PS Vita as well. With impressive graphics, a humorous story and the same enjoyable action platforming charm that made Uncharted a smash hit on the Playstation 3, Uncharted Golden Abyss definitely did not disappoint in it's first portable adventure.

Gravity Rush was a perfect example of the type of high quality game Vita gamers were asking for. It was a completely brand new IP title exclusively for the Playstation Vita with an interesting story and engaging gameplay mechanics. In 2012, Gravity Rush became a sleeper hit among critics receiving positive reviews and winning several "Best Portable Game of the Year" Awards along the way.

When Sony first announced their popular franchise LittleBigPlanet was making its way onto the Playstation Vita, no one was surprised that the game would go on to becoming one of the highest rated games currently in the Vita library today. LittleBigPlanet is no stranger to Sony portable systems having already released a successful entry on the PSP. However, it was on the Vita that a portable LittleBigPlanet game was really able to shine by taking full advantage of Vita specific features like the stronger online connectivity to the LittleBigPlanet community and the Vita touch screen for an even more precise portable gaming experience.

Even though Uncharted Golden Abyss was the Playstation Vita's "must have" game at launch...there was another game that became the poster boy for the Vita and more specifically, the innovative new Vita Cross Play function. That game was MLB12 The Show. Sony's biggest advertising campaign for the Vita had MLB12 The Show front and center showing off the Vita's incredible graphical power and impressive ability to continue playing your PS3 game on the go without interruption. Over the years the MLB The Show franchise has become the dominant baseball video game franchise of this generation, and now on the PS Vita, MLB The Show has brought that sports franchise dominance to portable gaming as well.

Sly Cooper Thieves in Time brought us the return of a popular character and franchise from the legendary PS2 era. Much like MLB The Show, Sly Cooper was another game that took advantage of the innovative new Cross Play feature between the PS3 and the Vita. Sly Cooper is also one of the first Vita games to take advantage of the incredibly generous Cross Buy program (where you get a digital Vita version for free with purchase of the retail PS3 copy). Sly Cooper's action platforming style is perfect for a portable device and the game looks and plays almost identical to the PS3 home console version.

Unit 13 was a perfect example of a Vita game that understood portable games are meant to be played in short bursts. Unit 13 didn't have a set campaign mode and instead focused on presenting you with over 36 objective based missions meant to be played either alone or in co-op with a friend with the goal of beating the fastest time and highest scores. Unit 13 offered a solid selection of operatives with different abilities and customizable weapons. Unit 13 was the first (non-first person) Vita shooter to feel comfortable while taking advantage of the Vita's innovative built in twin sticks.

Playstation All Stars Battle Royale was one of the first Vita retail games to use the new Cross Buy/Cross Play/Cross Console feature and it worked perfectly. For the first time, Vita gamers were not only able to continue playing their PS3 games on the go, but they were also able to play against other PS3 gamers from their PS Vita. I always felt PS All Stars was a solid mascot brawler and in my opinion, felt more at home on the Playstation Vita. PS All Stars was almost identical to the PS3 console version in terms of quality and was perfect for quick drop in/drop out fighting sessions with friends.

The Wipeout racing franchise has been a part of almost every Playstation console library. For this reason, it came as no surprise when Sony announced Wipeout 2048 for the PS Vita. Wipeout 2048 was the first Vita retail game that allowed Cross Platform gaming with Playstation gamers that owned Wipeout HD on the PS3. Wipeout 2048 has the same amazing visual effects and solid racing mechanics that Wipeout HD was known for on the PS3.

I know this next Vita game was surrounded by controversy and might not be a popular choice, but in my opinion, Resistance Burning Skies deserves a place on this list. Burning Skies wasn't the iconic portable FPS Sony hoped it would be, but it was the first shooter to feel like a natural FPS on a portable handheld console. Burning Skies may not have been the strongest entry in the Resistance universe and it wasn't even as strong as the PSP entry Resistance Retribution, but as a long time Resistance fan, I felt Burning Skies was still a solid and fun title and if nothing else, it showed the Vita community of gamers that with enough time and dedication, a true FPS game is possible on a portable handheld gaming console.

So there you have it. These are the top ten games that I felt made the most impact for the Playstation Vita in the last twelve months. The games I mentioned were chosen based on just my opinion. I omitted certain games like Persona 4 Golden and the Metal Gear Solid Collection because i wanted to focus more on newer IP Vita titles and not on HD remakes. Feel free to disagree with me and discuss which games you think better deserve to be on this list.

Its worth noting that 3 of these games (Uncharted, Gravity Rush, Wipeout) are available for free on PS+

That was the thing that finally pushed me towards buying a Vita. I owned 3 flagship games plus I had PSASBR on Vita due to cross-buy so it became a no brainer to take the plunge.

Its a great time to own a Vita and im looking forward to more great game like Soul Sacrifice.

Great read. The Playstation Vita is an awesome system with excellent games. If this morning's press briefing is any indication sony really is going to give us some great offerings down the road. I can't wait to see what the future holds.

AC3 Liberation is my favorite so far. I beat it in a couple of days which is weird for me. It usually takes me a while to beat games. It wasn't very long, but I just wanted to do the main missions and continue the story. Gravity Rush is also very good. I like to play it just to listen to the music.

Gravity Rush, Uncharted, and Persona 4 Golden are what I consider to be the must haves of the system. Unit 13 is also very good and underrated in my opinion, and wipeout 2048 is fun, but I'm not really into racing games.

Thanks for commenting. I agree now is definitely a great time to have a Vita. The first year had a solid lineup of games and so far, year #2 is shaping up pretty good with big titles like Killzone Mercenary, Soul Sacrifice, Tearaway, MLB13 The Show, Dragons Crown and Phantasy Star Online 2. If anyone is interested to read more, feel free to visit my blog at http://people.ign.com/chris...