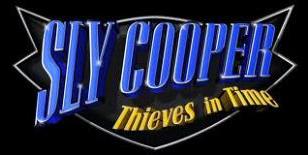 Sly Cooper returns...and it's about Time

After an 8 year absence, Sly Cooper has made his long awaited return, bringing his adventures to the PS3 for the first time since his last outing in 2005 on the Playstation 2. Sly Cooper Thieves in Time is the perfect name for Sly's newest adventure since playing this game makes you feel like you took a trip back in time to the days when adventure platformers were the "big thing" in gaming.

The newest chapter in the adventures of Sly Cooper picks up some time after the end of Sly 3: Honor Among Thieves. Thieves in Time begins its story by telling us how Sly and the gang have each been spending their time since their "retirement" following the events of Sly 3. Unfortunately for them, they are forced to reunite when it is discovered that an unknown new enemy has been somehow erasing the pages of the Thievius Raccoonus and with it, the history of the Cooper family.

Sanzaru Games did a fantastic job of re-introducing Sly Cooper to an all new generation of gamers. Thieves in Time continues to have the same old school charm that past Sly Cooper games possessed while introducing new gameplay mechanics that also give it a modern feel. Thieves in Time still has the beautiful and traditional cell shaded style that Sly Cooper games have been known for and the gameplay remains as fluid and dynamic as ever as you glide across different unique looking environments while implementing both stealth and platforming techniques to outsmart and outmaneuver your enemies.

Some new modern additions to Thieves in Time include 3D functionality and the innovative Cross Play feature with the PS Vita. The 3D function is used perfectly and makes the beautiful and vibrant world of Sly Cooper jump out at you and adds an extra level of immersive fun to the experience. I also found playing in 3D helped make it easier to locate hidden treasures scattered around the environments since the 3D effect made everything "pop out" of the screen.

Sony's innovative "Cross Buy/Cross Play" program is an incredible program and continues to impress with Thieves in Time. For the generous price of $39.99, the PS3 retail copy of Sly Cooper Thieves in Time also comes with a free digital copy for the Playstation Vita. Not only is the Vita version identical to the PS3 version in gameplay, but it is almost identical in terms of visual graphics as well. You can switch back and forth between playing on the PS3 and Vita seamlessly for a continued and uninterrupted playthrough experience. The Vita Cross Play also introduces a fantastic new innovative feature called AR Treasure mode where your PS Vita becomes an X-ray radar (in your characters first person view) that reveals the locations of all hidden treasures in real time as you play on the PS3.

Any old school fan of the Sly Cooper franchise, or stealth action platformers in general, owe it to themselves to go out and play this fantastic game. In a gaming market that is over saturated with shooters right now, its good to know the old school platforming genre is still relevant in today's gaming landscape.

This was a really good read dude. Thank you for sharing your thoughts. I'm still somewhat in the beginning, but I'm having an absolute blast so far. It really does bring you right back to the good ol' Sly days.

Just curious, if you were to rate this game, what would you give it?

Glad you enjoyed the review...and yes, i agree it definitely takes you back to the good old days of PS2 platform gaming.

http://people.ign.com/chris...
I actually did give it a numeric score over on my IGN blog. In my opinion, i rated the game an 8.8 out of 10.

Midnight Suns, F1 Manager Both Get PS Plus Premium Trials