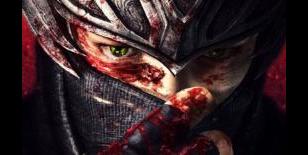 Will Ninja Gaiden 3 lose the feel from its predecessors?

Everyone knows the Ninja Gaiden series for its blood, gore, great gameplay that makes you rage quit a thousand times and so many sexual themes. To this day Ninja Gaiden from the last decade is still my favorite Ninja Gaiden next to it is sigma for the ps3.

Now I bet everyone knows that Ninja Gaiden 3 is coming out and I officially announced but after viewing the gameplay trailer I felt very disappointing that it was greatly dumbed down for the casual gamer and this will make Ninja Gaiden veterans hate this and so do yes the game is hard but it gave skill and its such a relief that you beat the game and can feel so accomplished about the challenge you faced during the order. Reports from Team Ninja showed that only 13% of owners of Ninja Gaiden 2 beat while the rest have it sitting collecting dust and scared to pick it up and try and beat the first boss and only 507 people beat it on master ninja difficulty, this shows that a change is great to help out the franchise.

The Ninja Gaiden franchise will be remembered in the past for its brutal difficulty and challenge but change is needed for people to try out the game and have fun. Now ive seen the gameplay and it looks extremely easy I mean none of the enemies have swords just guns that barely do anything to Ryu and the AI is just mediocre I mean every time you're close to an enemy he just begs you to not kill him. Also when a large mech tank came instead of fighting the game tells you to run away from it now that's a little too much hand holding there. Now for the violence the gameplay looks fun and smooth but I don't see any body parts? Just lost off blood and corpses in solid condition.

I might get this game there's a chance that an average terrible story might be there, I can confirm the terrible voice acting but people we gotta admit would you rather play the game and have some fun or have a few busted TV's trying to beat the first level. I just hope the weird red arm helps the game and the action

Unfortunately, you see developers abandon their the trademark characteristics of their game in order to make it more mainstream and therefore achieve more sales. Just take a look at Dead Space 2 which stripped any sense of horror for a run and gun 3rd person shooter. Hey, I ended up liking it more than the first one but I imagine the hardcore fans were furious. Another potential series is Hitman, which IO Interactive (from what I can see right now) seems to be giving up on the hardcore fans to cash in on an action game. Hopefully Ninja Gaiden 3 can stay true to its fans but the reality of business is that it is not likely.

Didn't IO also say, though, that the challenge for old school fans would still be there if you desire it? This kind of thing only, for me, gets to be an issue is they let newbies get a platinum/full GS by mashing-if the plat is STILL a beast to get then fair enough whether it's this OR Hitman. Don't worry til we know how easy the tougher settings are going to be as you just cannot blame them for lowering the entry skill level when other games already allow newbies to learn more slowly than,maybe, we had to.

When all is said and done gamers are market to them and appealing/allowing more to enjoy a series is common sense but they won't want tio lose their better gamers either, hopefully, so keeping the challenge should remain as important as including a way to allow less talented gamers to enjoy the series in some way.

If they KEEP those top difficulties hard to beat, if anything , the kudos for beating a game fully will be even greater with more people able to acknowledge just what a challenge you've beaten, no? Also, iot's the only way to keep a series alive-by enticing new gamers along and they won't come to NG if the entry level is too demanding.

Another thing-I felt the man reason I was better at Sigma 2 than NG2 was that I could SEE what I was doing more because they half fixed the camera so fewer enemies attacked with projectiles from off screen! Maybe I was fooling myself but I also liked that they cut down the gore a little as, to me, it had started to become a distraction and sometimes hid the action!!

I'm just wondering whether or not the women in the game will still have racks the size of genetically modified water melons or if it was Itakagi's influence that caused them to be so huge to begin with.

sigma 2 was not made by Itagaki(the man) and they added some kind of motion control boobs didnt they?

I have already given up on the idea that this will be anything like the old games and worth my time.

it's made for casuals, dumbed down for noobs, looking to be more main streem... Ok cool, I just hope the casuals like the look of it because they have lost my $$$ now.

Ninja Gaiden was falling apart, but they went for making it more accessible instead of fixing what was wrong.

The story sucks, the characters aren't likeable (Ryu's dope, but likeable no), the franchises hasn't evolved since the original Xbox game, the graphics engine is dated, the music and voice work is passable, and the production values are sub par.

It's a shame because they have such a great gameplay foundation, but gameplay isn't enough if you're lacking in every other aspect of the game.

NG3 needs some gameplay improvements to add something new and refreshing to the great gameplay they already have. A new engine to amp up the look of the game. A professional screen writer to develop a good or at least enjoyable story for the ninja world, and give the characters life. And hire musicians and voice actors to give life to the game.

Hopefully they improve on the multiplayer, since it was decent in Sigma 2, but it needs more.

From what I've seen this new NG looks like it's gonna be easy to beat with just one button. I mean, you can do so much stuff with just one button that what will be he purpose of properly learning other stuff? I hope they at least include a punishing difficulty for the fans and the easy mode for the n00bs like Bayonetta did. In the easy mode the combos are almost automatic like in the God of War series where you just need to press the Square button over and over again for massive destruction. And lets not even talk about the fact that most weapons on GOW series are mid range so when there are like 30 enemies around you can take them all at the same time.

LOL... the game is offensive meaning you have to evade, and take out the enemy. Unlike the first one which was defensive, where you could almost block the entire time.

Indeed. It's annoying and cheap when everything on the map constantly shoots rockets at you though. I still need to finish it lol, might do that soon.

Yeah, you will have to constantly jump around to evade it while you carefully close in on the gap.

That said, I bet you haven't even tried Mission Mode (DLC) on Master Ninja. It makes the campaign look superbly easy!

Hm I'm sorry I just wanted to ask all who are here... anyone notice that creepy face in Ryu's eyes? I mean holy crap... If someone were to find a high-res version I could possibly faint haha
I gotta say the game won't be bad, BUT it will probably be different which makes me sad... i was hoping for a mix of the first (kind of a a adventure platformer with some puzzles? it's been a while) with he arcade like level to level feel from II. The first 2 games may be diferent (if you really look deep into it) but at the same time kept a similar fell to it... (that's how I felt) Well I don't like to judge until I play haha

But the Sigma games ARE "dumbed down" versions of Ninja Gaiden. I'm still picking it up. Even a nerfed Ninja Gaiden is still going to be better than most other action games.

I just hope this new "feel" of cutting down enemies don't slow down the lightning pace of ninja gaiden (which is the best part about the game). It also feels like the dragon blade is aging, it used to cut through pretty much anything like butter, now, u actually feel the resistance.

I think this game is taking too long to come out! So that better mean a lot, and I mean a lot of work is being done on this game. I wanna feel the way I felt when I first played NG1 on Xbox after waiting over 4 years for it.

My zeal for this game has been greatly reduced but nevertheless I may buy it because there are few action games that can compete with NG. Aside from (DMC, and GOW)

NG is one of the great modern hack and slash games but the pace of fight in it is unmatched by GOW(and GOW is my favourite H/S series ever), DMC or Bayonetta. DMC is slicker and sleeker(when it's a GOOD DMC) and the number of, and depth of, combos is greater in DMC/Bayonetta than it is in NG BUT the challenge and speed of that challenge is what makes NG for me anyway.

If they nmake a few difficulty levels for newcomers to get into the series and learn to love it as they work their way up then that's fine. We might have HGAD to learn the hard way but now, when there's other games that will give gamers a chance while they learn NG has to too or will die in a niche that it need not be in. As long as the two hardest diffs are the same challenge as we would usually expect(and I'd allow four or five settings myself to try and cater to all but dot hem right not just up the cheapness!)from NG then the worry should diminish, no? Don't we want some more fans of the series to justify them keep making the games? So what if a n00b can't ever get the platinum or full GS? Make the story better than normal and everyone will be happy with it.

Pace, story, no upping the cheapness and a challenge for every level of gamer and they have a blueprint to keep NG hard, brutal, quick and, also, welcoming for newcomers. Bayonetta,on easy mode, actually DID the combos for you! I don;'t think TN need go THAR far but it's an example of something you ould do and remove for series fans above normal difficulty and so on. Including more gamers need not exclude us masochists, you do know that, don'tcha? If the speed and challenge is still there for the harder difficulties then why moan ?

Agree 1Disagree 0
▼✖-+
SPAMInappropriate
Show all comments (16)
The story is too old to be commented.
40°Fresh

Look Ahead Necromancer Class in Diablo 4