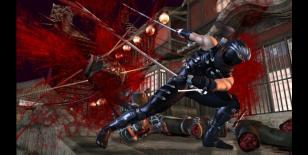 Has the Media and the Government gone ballistic on the subject of video games?

Recently this year we have seen much violence that many believe is caused from violent video games. Now there are video games that have shown excessive gore, strong language, and other themes that promote violence(bulletstorm, ninja gaiden, gta 4,god of war, etc) but I'm sick of biased people who don't understand that we have other things violence and terror.

If you ever took United States history in high school you may remember a certain movie called "Birth of a Nation" that I believe is a very controversial movie and racist that should be banned, now I know what your saying it was made in 1915 and it was a silent movie what can it do, it brought back the KKK but even bigger and powerful.

Now for books, the most purchased book and most robbed book in the world is the bible. I've seen many stories where psychopaths who commited acts of violence because "God" told them too now I have nothing against the bible but if it was a video game and this certain psychopath said that someone told him to commit the act with the words "would you kindly" that confession would cause an uproar and give bad credit to video games. Aren't we all tired of when the father or friend of a killer says that he plays MW2 or GTA san andreas that we auto automatically that we forgot what we think off and focus on video games. I bet everyone remembered when fox said "bulletstorm is the worst video game" now I bet they didn't even play it once they just watched 5 minutes of gameplay and said there opinion.

People and the media has to stop with this nonsense what we need is better parents to buy for their kids these days and actually read the rating labels and friends of non matured adults, sometimes tell them your opinion if they shouldn't buy this game and an off topic question but take a break from video games for every few hours it could save your life and your name on The Sun.

You make a good point about the bible. More people have been killed or tortured in its name than all of video games. Which, when given the total number of games sold, outnumber that of the bible, but gamers, as a group have never set forth to harm, maim, or convert others (by the sword) to gaming.

Well gamers (trolls) are forever trying to convert every other gamer to their console are are atleast bashing the other console. Just saying.

at least someone got my point thanks for the feedback

Some people just say God told them to kill someone as a way to make them see more innocent.

Have you ever seen the site atheistsnever.com? It is a link site to tons of stories of just that ilk. Don't spend too much time there though, it gets depressing.

I think the issue is partly do to gamings history, as it started out pretty much as a kids toy. Today the media just can't seem to get this juvenile image of gaming out of its head so it's easy to blame gaming on violent crimes and degrade it to the public even when gaming is as big as any other medium of entertainment.

Pong debuted in a bar in Sunnyvale CA circa 1972. Early games weren't ever "rated" for age. They were enjoyed by everyone even the ones with ridiculous violence like Friday the 13th for Atari 2600, you were Jason stalking the campers and killing them.

I don't actually think that many people actually DO think games cause violence. there's a moral minority with too much volume, that's all, nobody listens to them, they lose in court so sod 'em.

Ainsz is right. Whenever older people (read: news reporters and people who watch the news) hear the term video game, they automatically think of a children's toy. They didn't grow up with video games and are totally clueless as to what is going on with them. So when they see the graphic content of Mortal Kombat or the "sex" scenes from Mass Effect they think it is the kids who are playing them. While there are a lot of kids who manage to get their hands on these games, this is a bad method of thinking for two reasons. 1. For every kid playing a Mature-rated game there is a parent who either bought it for them or didn't care for their child enough to check up on what they were playing. 2: Just as many adults (and probably more) play video games as children. It is not some kiddy hobby that has no meaning to it. Video games in this day and age are works of art with stories that rival and SURPASS film, books and television. It is an adult hobby that demands to be treated as such. What media people should really be talking about it how terrible modern parents are to let their children play these games or not keep up with what their children are doing. Attack the parents, not the video games that are DESIGNED for an audience of 17 years and up.

I agree with the sentiment that it is up to the parent to raise the child. But remember, Generation X (the generation that grew up with gaming (albeit as a fringe hobby) started in 1968. There are plenty of "old timers" that are gamers.

But you have to look at it as a part of media as a whole. Before video games the culprit was Dungeons and Dragons; before that Rock n Roll. Before that it was James Joyce's Ulysses, before that other books, and before that scientists. (I am getting a bit long winded here.)

The point is, is that many generations have had what they love deemed "evil" or "inflamatory." Video games is just this generations "evil." Media doesn't have as big an influence as people wish to believe. In fact, there are strong correlations between gaming and keeping kids out of trouble.

Where would you rather have your kid, at home playing COD or out running the streets?

None of the above, actually. :) I strongly believe children shouldn't play video games until around age 13+. I know many a person who grew up as a "gamer" and are overweight, have no athleticism or coordination whatsoever and all of the negative effects of being "nerdy." Anyways this conversation has gone in an odd direction.

Season: A Letter to the Future Review - Thumb Culture