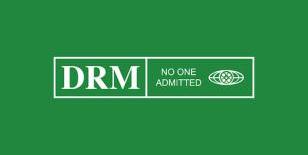 Are game companies doing the right thing for piracy or making it worse?

One of the worst things for PC game makers and the business is pirating. Pirating has grown greatly with games and especially with music and movies. This generation game publishers have a program included in most pc games called DRM(Digital Rights Management) which is a software that limits installations, burning or distribution of the game, and other ways to fight piracy, but this just encourages piracy for 3 reasons

1.You cant resell the game or trade since it can be used for a few times
2. When changing your computer(which many people do) it recognizes it as a new computer and needs to be re installed.
3. Many times it will need a constant internet connection which many people cant provide with conditions such as stationed in Iraq or people who travel a lot or don't have internet available.

They think there saving there trying game but they end up hurting and there fans. For example: Spore became the top pirated game of the year in 2008 and check out the Amazon product page if you don't believe me. One method i hate is running games through steam just like just cause 2 since all they did is put the steam addition in a disc and steam is a DRM but a friendly but can at times be annoying.

Now that gamestop is know to be a problem publishers are now making limited edition for the same price as a regular new copy of the game with bonus content and games such as resistance 3 and F.E.A.R. 3 will a have a online pass which makes only one console playable so if you have a different account buy two copies. I love used game just like the next guy and I know that publishers arent making money from used game sales but its something they have to live with and they are hurting more fans with this nonsense that make people either just get a used or new copy. Whats your opinion on used games?

Just throwing this out their, worser is not a word lol.

thanks i fixed it

Or that games that require you to online to play the game even if it single player!!!

Looks like you are speaking from experience *cough* *looks at the Battlefield 3 Alpha user quote*.

This always online DRM works only when the games quality is questionable & the sales forecast is that the game will sell less so in that case every legit copy becomes extremely precious so they have to implement it in order to maximize the profits.

In the case of Huge AAA Quality games like Assassin Creed series, Far Cry series the always online DRM is not needed.

They shouldn't bother with DRM at all because it is physically impossible to make secure DRM. (they might work for a couple of days until a crack is made)

People pirating games take the risk of having viruses, malware, keyloggers, botnet clients etc. installed on their machines - that alone should be, and is, enough of a deterrent.

Statistics show that games with no DRM are pirated even more. Check this out:

90% piracy rate for a game without any form of DRM. They called it an "experiment". I don't think their next game will be without DRM...

Look Ahead Necromancer Class in Diablo 4

EchoBlade is a First-Person Adventure You Play Blinded