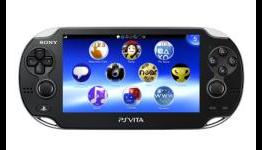 PlayStation All-Stars Battle Royale Might Be Heading To PS Vita

PlayStation All-Stars Battle Royale – it’s a name that’s too big to fit on a 40″ TV, let alone a Vita’s 5″ OLED, right? I’m being silly, but we all know the gameplay would work just fine.

I can see this happening. Seeing as how Nintendo will be releasing their SSB game on both the Wii U and the 3DS.

I can't wait for PASBR, I have my copy reserved and when they announce it for the Vita, I will have the copy reserved as well. I want to know what the bonuses will be and if they will do the same thing they did with MLB the show.

Most playstation fans are fans of playstation because of mass quality games which is smart. Most xbox fans and nes fans are fans of xbox and Nintendo because of a handful of games and dreams which is silly if your a gamer. Why dream and hope for games when they are being delivered by sony. Others talk about sales and how cheaper their consoles are but they aren't playing games or new games. While Sony is releasing games on a monthly basis some console makers are releasing games every six months or more

Ya know, I love playstation too, but you seem to be obsessed.

That would be awesome, and especially if it has cross platform multiplayer with the PS3.

But that's impossible because the Vita can't have any games because it's a Sony handheld they are suppose to be terrible impossible that there are games for the Vita it's impossible.

Lol just kidding but Sony did say many times that the Vita is extremely easy to develop for so I really don't doubt the idea of them porting this game over.

Get it on the Vita with cross platform play with the PS3 and Sony could have a winner.

Hours of fun in my shinny vita