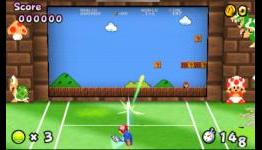 "It’s been a long time since we saw a new Mario Tennis game. The series’ last release was Mario Power Tennis: New Play Control in 2009, a Wii re-release of the GameCube game featuring enhanced graphics and new motion controls. I enjoyed Power Tennis (both times), but the balance-breaking power shots were far too vital to winning. In response, Camelot has scaled back the wackiness with Open, which translates to a casual tennis game that plays it fairly straight.", writes GameInformer.

gameinformer.com
- Comments (0)+ Comments (0)
TopNewestOldest
The story is too old to be commented.
510°Hot19