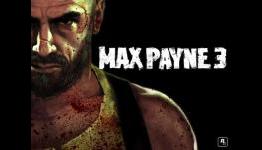 Opinion: Why Did Max Payne 3 Come out the Same Day as Diablo III?

On some level Max Payne 3 shares a lot in common with Diablo III. Both are the third games released in their respective franchises. Max Payne is back after a nine year hiatus, Diablo after 11. But why on Earth were these games released on the same day?

xbox360cheats.com
- Comments (24)+ Comments (24)
TopNewestOldest
Expand all
The story is too old to be commented.

Because publishers can do as they wish and the pussy footing we are used to is useless...with certain games its about names, other hype and others advertising very little has to do with quality anymore

That, and it's not like these games are even remotely competing with one another. One is a PC/Mac-exclusive slash and loot game that tons of PC gamers have been waiting on.

The other is a third-person shooter that will see 95% of its sales come from console versions.

Exactly....it's sad that the author wasn't bright enough to figure that out for themselves, before wasting the bandwidth on this pointless article. :o

i dont think 95% of the sales are from consoles. You gotta know that there are a lot of pre-orders for the PC version. Plus, max payne 1 and 2 were a lot better and easier to play on PC so a lot of old fans will be getting it for PC.

I've done a fair amount of research on multi-platform sales, and the big games that launch on Xbox, PS3, and PC, usually only see 5-10% of all sales come from the PC version.

Granted, I'm at the mercy of others for my info but I believe it. There's a lot of evidence out there that supports the PC version always selling substantially less. The PC crowd and console crowd just play different games, and most of the time when a game launches on consoles and PC, it's a game that was made for consoles and was ported to PC, so a lot of traditional PC gamers end up shunning it.

I'm sure it will sell ok on PC, but I'd stake good money the consoles will be responsible for 90-95% of all sales, especially since they're coming out 2 weeks before the PC version.

That is way too general of an example. That's like saying that Max Payne 3 and the newest Nintendo DS game are competing with each other just because they're sold in the same store.

Whatever competition these two games have against one another ends with the fact that they are both video games. Other than that, they're two completely different types of games, available on different platforms, and traditionally played by different kinds of gamers.

Will there be gamers that want to buy and play both? Of course. But in the grand scheme of things, one game is not going to substantially affect the sales of the other game.

Well i didnt pick up Max Payne 3 on my 360 cause of Diablo 3. I will certainly play mp3 later in the year tho. Yet if mp3 came out a month ago i would have purchased it day one. Same with my other friends. We are all now deep into D3 and loving every sec.

Diablo III is PC-only so I don't really think many people had to choose.

That and the PC release of Max Payne 3 was delayed by 2 weeks.

It's obvious that they have confidence in their software, and a lot of consumers know about the quality of their titles.

not on the same platforms, capitalize on midnight launches, different genres.

hmmm it didn't on pc.. It comes in two weeks!

I bought both on the same day. I played Max Payne like it was crack. I can't get enough of it. Diablo is eh to me. Just using the mouse is very boring to me =/

Clearly you dont know how to play D3 or are a mentally retarded troll. In D3 you also have to use keys 1-4 and Q. To name a few in addition to the mouse. So you never played past level 1-3 and formed an opinion on a game that goes to lvl 60?

You are so very sweet. I will have you know that I do use the keys, but barely. I'm also level 32 so you can just shut up.

PS. I will also have you know that I'm in college. I have a 4.0 GPA and I graduate next year. What do you have? Playing D3 in your parents house?

Thats a stupid question to ask, why did diablo release the same day as max payne?

Didn't matter in either case, as it's not like sales of one would cannibalize sales of the other.

Actually a few of my friends didnt pick up Max Payne 3 because they were picking up Diablo so that's not entirely true although I agree with you in general. It's different for everybody. They said they'd get it eventually tho.

Well, yeah, limited funds or playing time allocation is a factor, but I was meaning more like CoD vs Battlefield or something: they're not so similar that they're competing in the same genre or anything like that.

I think there are many more people who would play both than people think. I think it was a dumb move by rockstar, most the thunder got stolen. Then again, console gamers are going to want something to play this summer...

I don't mean to be facetious (I totally do) but Why Did Max Payne 3 Come out the Same Day as Diablo III? is a question and not an opinion.

There we go, I just typed something as redundant as this article.

It doesnt matter. Both good games on different platforms (consoles and PC). Smart gamers who owned both would play Max Payne 3 because all you do in D3 is sit in the que to play your singleplayer. rofl idiots.

Rockstar had their date set well in advance anyways. In case you hadn't noticed, May is kind of Rockstar's month. RDR, LA Noire and now Max Payne 3. Props to Rockstar for delivering the goods again with MP3. Lovin it.