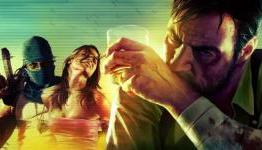 Rockstar responds to the problems in the multiplayer portions of Max Payne 3.

venturebeat.com
- Comments (43)+ Comments (43)
TopNewestOldest
Expand all
The story is too old to be commented.

This would probably be a huge deal if it weren't for Diablo III this week having even bigger problems.

and this is why you never pre-order games.

And doesn't that suck that this generation we can't pre-order/buy games on day one and get a fully working product with no patches. In this case it isn't such a big deal compared to other examples but still a little annoying.

I'm happy I didn't buy the Rockstar pass Day 1 since I'm not feeling the MP that much. But as far as single player is concerned, Max Payne 3 is INCREDIBLE. It's without question the best action game I've ever played. To sum it up, you know the train sequence in UC2 when half the train crashes and tumbles(almost killing Nate)? EVERY chapter has an epic moment like that!

Def don't regret pre-ordering since Bestbuy gave me a $10 gift card for doing so.

Good to hear, Logic. Ill pick it up soon.

@LOGICWINS: That's a pretty massive statement to make. I question it more since the reviews don't make the same comparisons. Do you really think the single player is worth throwing down $60 or should I wait till it hits $40?

Also, what's the replayability like on the singleplayer end?

@cgoondo- I wouldnt say the SP is worth $60 or $40. Not because it isnt good, its fantastic, but I'd only pay $60 for a single player campaign if its a 100 hour RPG with a great story. Considering that several PS2 RPG's offer more value than most games to come out this generation(at a fraction of the cost), if ur only interested in SP its worth buying for $15 to $20 in a used game bin in 2013.

The game is worth replaying because the story/pacing is great. And you also wanna play the game again on harder difficulties to get trophies. The gunfights on normal are surprisingly very difficult. The people who say this game is 8-12 hours were playing on easy...guaranteed. The game is more like 14-20 hours on normal. Beating on the next three difficulty levels extends the life of the game to at LEAST 50 hours...not including finding all the clues, getting all golden gun parts, getting all the trophies, and beating the game on New York Minute. And I hear that you can unlock cheats and costumes as well.

So in actuality, the game's SP DOES have plenty of replay value.

@mikecosgrove- Bullet time is one of the few things that Max Payne 3 does extremely well. It never feels cheesy or frustrating when u fall victim to it. And its nt overpowered at all. I've tried it and most of the time I gt killed mid air. It's nt as easy at Rockstar has made it seem in the videos. Getting kills in bullet time takes a person who knows what they're doing.

And yes, I would have preferred a longer campaign(even though the campaign is already lenghty) instead of competitive MP. But I would have enjoyed online co-op missions with Max and Passos. Not like Payne Killer, but story based missions that extend the story...or even a horde mode consisting of all 5 enemy types in the game.

I think Vanquish is the only game I've played this gen that hasn't had any patch updates...

I just completed the game on Hard in 13 hours with looking for clues and golden gun part. If it takes you 50 hours to complete this game, something is wrong with you. Although, I do agree. Probably the best action game I've ever played.

I'm still dodgy on the whole idea of multiplayer in a Max Payne game....

Just got off playing it an hour ago. Personally, I don't like it. The shooting is TOO simplified, with no sense of recoil. It's not the games fault, since the Max Payne franchise has never been big on worrying about recoil. But Rockstar made this too accessible IMO. The shooting in the MP favors blind luck over skill. It's like COD in the sense that if someone gets the drop on you..9 times out of 10 they will kill you.

In Uncharted 3 MP(fair comparison since its another TPS), even if someone gets the drop on you, you can still come out the victor by:

1) Rolling to the side and planting a grenade

2) Roll to the side and blindfire with pistol

3) Let the opponent chase you to a ledge, hang from the ledge and pull their ass down.

All in all, I don't feel the same sense of reward when I kill someone in Max Payne 3 MP that I get for UC3 MP. If by the end of the week I still feel the same, I'll trade it back towards the UC3 GOTY edition.

for some reason i find it to be better than uc3 :/ did they fix the problem in uc3 where everyone just runs up and melees each other?

"for some reason i find it to be better than uc3"

I might feel the same way if I have more time with it, but right now, I don't like it very much. As far as UC3, the last time I played was a month ago at a friends house. People still run up to you and melee but its more counteractable than it used to be.

Oh and does it feel like they could of done without multiplayer and focused more on the single player ?

As for the whole "The shooting in the MP favors blind luck over skill" thing well I didn't like that they did that to Uncharted 3, NOT AS MUCH but they changed it from Uncharted 2 which was a lot more about skill then perks, kickbacks, overpowered weapon mods. I mean blindfirering is still a problem in U3, least in U2 people used the cover mechanic

In regards to sp i give it an 8, but imo nowhere as good as uc series and the Al to me isnt that good. Cutscenes every two minutes is annoying. Action pretty generic imo bit its still fun so ill give it an 8. I kinda dig the character and story.

Mp imo is like a 6.5. Stiff ass controls, bs cover system and mediocre graphics both in the environment and character animations.

Overall i think this game is a 7.5

I Enjoy it the bullet time is done really well and while the shooting doesn't take a lot of skill (especially soft lock) its a really great experience Ive basically been playing as if i was in a matrix movie and I've been doing great. Having friends playing with you and in crews is really great. If you have a 360 tell me when your on and ill help you out online.

yeah, the only reason Im playing mp is for the trophies(Im a trophy whore).. don't really like it too much.

The single-player is fantastic though, and its my third favorite story based TPS after Uncharted 3 and 2(Yeah Im an uncharted fan)...

But Max Payne is much darker than the Uncharted's, and I think its a good change of pace for me

One word of warning though.. there is this strobe effect to the gameplay, that gave me a headache.. but I was able to get a grip quickly

But defiantly a great buy

I hope they get it fixed soon

This Is why I never really purchase games on release anymore It's ridiculous they can get away with such rubbish...still some of you will suck it up and back the dev like they have not had years to put it right...w.e you're money

GammaSix, do you expect them to be happy after they paid for a game package they intended to play?

Pintheshadows, Its not that they should get every but this is ridiculous every new game there is some type of big noticeable issue i personally expect better then what people are used to seeing in this day and age

People are crying because of something that happens with every big game release?

It's more that it is becoming too much of a regular thing. Which is why people are becoming annoyed.

So if someone punched you in the face every day, would it be unreasonable to still be upset about? Should you get used to it? Or should you be upset and do something about it?

This is why I usually wait for a week. Just so they can iron out any issues. As Gammasix said, mp usually has issues at launch and sometimes it can take a developer a month (or more) to get a game where they want it.

My housemate told me D3 is working ok now. That was about 9hrs ago. Haven't seen him since but I can hear repeated mouseclicking so he ain't dead.

dangert12
It's impossible for a developer to predict every issue with multiplayer before release. Even a beta can't detect every flaw. As long as these issues are addressed quickly I don't see the big deal.

I could understand your frustration if the campaign was broken however.

I put in two or three hours of the PS3 version yesterday. I got stuck on a matchmaking screen once. Aside from that, it ran just fine.

And I'm enjoying it quite a bit so far. It's incredibly fun to do a ridiculous dive from the roof of a building and kill some poor, unsuspecting guy running around below.

I'm really enjoying the multiplayer, haven't run into any issues.

The one thing that I don't see anywhere is that this is basically red dead redemption mp only set in the present. On a side note, I enjoyed red dead's Mp and I like Max payne's as well

I was going to say something similar. It does feel a lot like Red Dead, especially if you use the soft lock. I see nothing wrong with that though. I loved Red Dead, and this feels like a much more focused version of that.

Mp is 7 is the most and sp 8 the most. Sorry Uncharted sp is way better imo and mp we wont even go there.

I think people are not enjoying this game because of the no health regenerating. Man up you guys! Its all about the pain killers here! This is the way a game should be played. I do not enjoy having my hand held all the time throughout a game.

Uncharted was the king at that. Great story and graphics, but it was just way too easy. Max Payne is a mans game, Uncharted is more for noobs. I dont really care about multiplayer either, so this really doesnt effect me. All multi play is too repetitive.

Agree 3Disagree 1
▼✖-+
SPAMInappropriate
the worst3663d ago

A. Don't generalize a whole comments section as "you guys".

Dont have any of these problems! Glad I got on xbox and not ps3. However, I will be checking to see if they have that dlc for free!

this is the worst online game this gen

I really can't believe everyone is dissing the multiplayer on this game. It truly is amazing. It's nice for a new type of multiplayer and the many game modes will keep you busy. I personally have had minimum issues with MP. The campaign is even more great, but that multiplayer... OOH MAN!