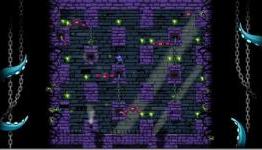 ‘The Adventures Of Shuggy’ Jumps To Steam On June 13th

IGM writes: "Quite frankly, The Adventures of Shuggy has enough gameplay mechanics for six games. It’s a 2D platformer that will have you rotating levels, altering gravity, dangling on ropes, turning into a zombie, flying and even playing co-op with friends. It was quite well received on XBLA but it’s now coming to PC via Steam – we have a release date!"

Adhttps://n4g.com/General/Sponsored/arise
- Comments (0)+ Comments (0)
TopNewestOldest
The story is too old to be commented.
50°

Get your spook on with this Halloween 2012 roundup

Free Level Pack Coming Soon For 'The Adventures Of Shuggy'