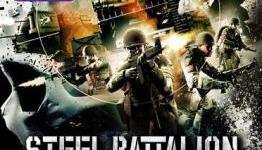 Ahead of its launch next month, Capcom Europe has revealed what it has in store for those who pre-order Steel Battalion: Heavy Armor before its official release. Using a unique combination of Microsoft’s Kinect and regular Xbox 360 controls, players will experience war like never before without losing the precision demanded of a first person shooter.

electronictheatre.co.uk
- Comments (0)+ Comments (0)
TopNewestOldest
The story is too old to be commented.
170°6

Why From Software's worst game is worth learning from

Eight Kinect Games That Deserve a Second Chance on Xbox One

Games Deserving a Wii U Makeover