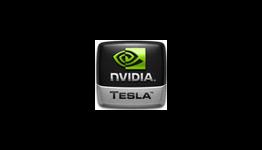 fudzilla.com
- Comments (5)+ Comments (5)
TopNewestOldest
The story is too old to be commented.

Actually K10 Tesla is still based on 2 GK104's, Its like a GTX 690 developed specifically for Compute and GPGPU Oriented usage.

The K20 is the badass here, True GK110 featuring 16 SMX Units, 512 bit wide memory interface pumping out an 332Gb/s bandwidth all packed in a 550mm2 die consisting of 7.1 Billion Transistors.

Though complete specs are yet to be announced but we'll see its arrival by 1H 2013. There would be a desktop part too, most probably the flagship GTX 700 Series part as seen in the earlier leaks. Price would be a bit high but considering the performance which is almost twice of the GK104 i think it would sure be worth it.

I can't wait for the Arm based high end gpu..

Don't you mean CPU because in mobile space imagination technology are king in mobile gpu.