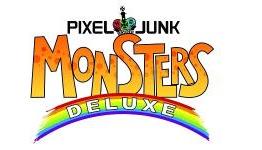 PixelJunk Monsters Deluxe port to Vita pushed back to May 22

When Sony announced during the "PixelJunk Anniversary Blowout Sale" in last week's PlayStation Store Update, a little piece of news that the PSP game PixelJunk Monsters Deluxe would make its way to Sony's new handheld made a lot of Vita owners anxious for May 15.

Though this week's update has come and gone, the colorful tower-defense title is nowhere to be seen on the Vita's PlayStation Store, though a number of other PSP titles were added. PixelJunk Monsters Deluxe was part of the "blowout sale" last week, marked down to $4.99 from $9.99.

When reached for comment, Q-Games president Dylan Cuthbert said that some last-minute issuesforced the game's Vita debut to the May 22 PSN update.

pixelitis.net
- Comments (4)+ Comments (4)
TopNewestOldest
The story is too old to be commented.

I just want them to create a PixelJunk Monsters 2.

Um, it's May 22nd and nothing. How about figuring out what happened and stop being a bunch of hacks. This is why games journalism sucks.

you have to download it directly from the store to the Vita. It's there

Q-Games is Having a PixelJunk Anniversary Blowout Sale

PSP Getting Line Up Of $9.99 Retail Games