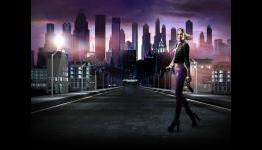 Volition working on Saints Row 4 for PC, Xbox 360 and PS3

Enizr.com writes: "Well here's a bit of good news for fans of the insane/entertaining/mindless fun action-adventure open-world Saints Row series; it looks like developer Volition has already commenced work on Saints Row 4. While details are scarce, it seems that the title is in development for the PC, Xbox 360 and PS3 (rumours earlier had indicated that it was possibly being made for next-gen platforms). The information was discovered due to a post in Volition employee David Payne's LinkedIn profile, which mentions that he is the Lead Prop & Weapon Artist, Saints Row 4 (Current) and is involved in Saints Row 4 - Volition, Inc. - XBox360, PS3 & PC (Current).

volition is one of my favourite developers. they made some great games and often those games did not sell as well as they should have. I just hope they now make millions with saints row :)

Honestly, save it for next-gen.

loved saints row but how are they continue SR4, what with its dual endings. im still confused which one is the real ending.

The real one is when you save Shaundi. If you don't, you won't be able to call in any rides from her after its over. Which is why they give you a chance to do the last mission over if you go after KillBane.

really thats the true ending? i was kinda leaning to the one where the saints get their own state. but i also dont want any of the gang members to be killed off.

With no RF anymore are Volition just going to turn into a Saints Row factory for THQ. I mean I like Saints Row but that would be sad.

Yea.Saints Row is fun, but another Red Faction game done right would be brilliant.

THQ, just let me carry my current character over to the new game please. Too much time spent with my character and now I love her. Can't see playing with anyone else.

Ranking Every Saints Row Game From Worst To Best

Reviewing the Classification of Games in Australia

Top 10 games in which America saves the world