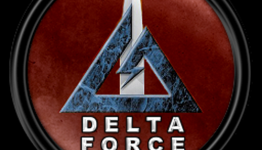 Activision is in hot water over Modern Warfare 3, with fellow developer Novalogic claiming the FPS violates its trademark, and uses a version of its logo without permission.

playerattack.com
- Comments (16)+ Comments (16)
TopNewestOldest
Expand all
The story is too old to be commented.

Get in there Novalogic I want these guys back in buisness these guys made awsome mordern day FPS, task force dagger was good but many known them for black hawk down.

Plz come back to the industry.

Idd, not only Delta force, but also would love to see an F-22 Lighting IV or an Armored Fist, or a new Commache game!

MW2 has the logo as well why didn't they sew back then? Not like they could have missed MW2 with all the news that was on it lol.

Wow that's crazy. Delta force is so widely used (kind of like saying hoover is technically wrong as it is a vacuum cleaner and hoover is a brand name). Interesting to see how this will play out. Well played Novalogic

Really?? Do that many people really call a vacuum cleaner a Hoover, even if it is a different brand like Dyson or other brands?? I've had a Hoover and a now a Dyson, yet I still call it a vacuum. I didn't know that it is more commonly called a Hoover...

yea his analogy is a lil off. something more appropriate is like ppl calling all petroleum jelly products Vaseline

"Courthouse News reports Novalogic sent Activision a cease-and-desist letter in May 2011 and a second in December, but both were ignored."

They'll go bankrupt because no one is listening to the complaints.

Generally something not to be ignored, let's hope this teaches Activision a small lesson.

Damn i miss delta force! use to play that game alllllllll the time

I was hoping getting sued because how bad the game Looks( grey color or fade color) plus game play is crap and go ahead and report me that I am off topic cause I don't g.a.f mw3 is garbage... bf3 is way better and more real plus u don't need does stupid kill streak like crap of duty also disagree with me cause I know how people loves mw2.5 here in n4g. Battlefield 3 mama bichos pal carajo mw2.5

You're nothing more than a douche bag loser.

They likely wont get much out of this Activision and the other defendants will argue (succesfully IMO) that Novalogic haven't been adversely affected by Call of Duty using the term, indeed recent CoD games have been of much higher quality than the Delta Force games of the last 5 years.

Certainly though i would say they will be shown to be entitled to some amount for Activisions obvious trademark violation, but it likely wont be more than 1 dollar for every copy sold, probably much less.

Delta Force was great back in the day, indeed Land Warrior was the first shooter I ever played. I must have finished every mission 20 times including the expansion packs. Not any more though, the old Novalogic is long dead unfortunately, money isn't going to change that fact.

Win this case and bring me a new Joint Ops game!!! This game was huge back then and probably still is. Maps 10x the size of battlefield maps!!!

i loved delta force 2 on PC!