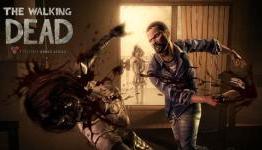 Written by Charlie Johnson - "TellTale Games has just started their latest episodic series based on the comic book “The Walking Dead,” appropriately titled “The Walking Dead.” The first episode is entitled “A New Day” and it begins the story of your character, Lee Everett, as he makes his way in a world where the dead now walk the earth. Can TellTale show they still have it, or is this another “Jurassic Park” in the making?"

nerd4sure.com
- Comments (1)+ Comments (1)
TopNewestOldest
The story is too old to be commented.

i hope they do grimm the game next