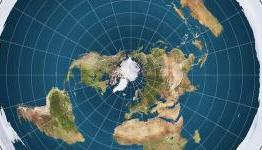 It seems like most Stevivor.com posts on the Australian gaming industry of late deal with layoffs, poor financial performances and other depressing news…so it’s always great when we get to write about a new, eager start-up!

Co-founders Leigh and Rohan Harris have officially announced their new studio, Flat Earth Games, will be working with Epiphany Games to produce their first-ever title. Their game, an iOS and PC “exploration and crafting game,” is part of Flat Earth’s philosophy of “creating games which hark back to the golden age of the 90s, and blending those experiences of exploration and creation with modern functionality and accessibility.”

stevivor.com
- Comments (1)+ Comments (1)
TopNewestOldest
The story is too old to be commented.

These guys are great. Wishing them all the success in the (flat) world!