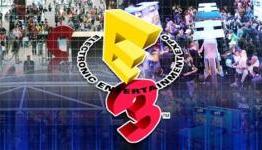 E3 is fast approaching now, with only three weeks left until the year's biggest and most anticipated video game event. Thousands of video game media, including MMGN.com's own Ben Salter, will pack the Los Angeles convention Center for three days of sheer video gaming chaos.
There will be a lot to take in from the event, but most of the attention will be centered on the three major platform players: Microsoft, Sony and, probably most anticipated, Nintendo.
What we expect to see and what we'd like to see are two very different things. We know we're going to see Halo 4 from Microsoft, The Last Of Us from Sony and Wii U from Nintendo, but the wishlist of things from gamers is much longer than the list of things we're pretty much assured to see.

ps3.mmgn.com
- Comments (1)+ Comments (1)
TopNewestOldest
The story is too old to be commented.

I'm also very curious about the controller + kinect hybrid game, Steel Battalion. I have to see how that's going to work out.

Fifa believes it can make great sims without EA, but it should heed the fate of Championship Manager