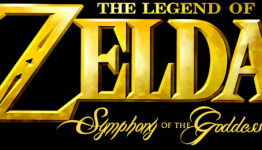 NerdReactor.com interviews Jason Michael Paul, one of the few at the forefront of bringing video game music to concert form around the world. He's produced the Zelda 25th Anniversary, PLAY! A Video Game Symphony, Dear Friends: Music from Final Fantasy and the new The Legend of Zelda: Symphony of the Goddesses concerts. Hear what's in store for the PLAY! concerts. The SKY is the limit.

nerdreactor.com
- Comments (0)+ Comments (0)
TopNewestOldest
The story is too old to be commented.
80°3

'The Legend of Zelda: Ocarina of Time' is a Beautiful Tragedy About Growing Up

"Vampire The Masquerade: The New York Bundle" is coming soon to the PS4 and Nintendo Switch