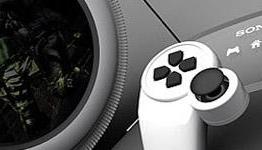 Ubisoft speaks from the "forthcoming arrival" of the next generation of consoles in their latest financial report.

"From a longer-term perspective, Ubisoft positioned itself in such a way to capitalize on the upcoming launch of the next generation of consoles, which will be increasingly connected and the market strong, thanks to a qualitative leap and integrate the benefits of social games ahead brings. "

This has to be one of the shortest articles I have read with no real content in it. Very impressive this thing has passed.

umm.... Yes. 2012 E3 will be first place for display of next gen consoles. Even if Microsoft and Sony don't have full details they will make a point that they will deliver next generation experience soon. They won't let Nintendo be only one known to the public with a new console. Its possible we could see some CGI clips of target next gen visuals. Very excited I am.

Some say BC will not be in next gen consoles, but with God of War 4, Halo 4, and other titles launching so close to estimated launch of new consoles. Its very likely that BC will be in next generation consoles.

Ubisoft shuts down servers for over 90 legacy games