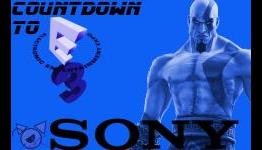 What’s up gamers, this is Tyuno The Great. E3 is coming in a few weeks. Some of the most wanted games will soon be revealed to the public. With that being say, for the entire month of May I will be counting down to E3 2012 by listing the top anticipating games. Last week, I listed the top 5 games for the Xbox 360, here is the link to that top 5 list. This week I will be listing the top 5 games for the PS3. What game will be number one for Sony?

i seriously cannot wait for e3, its like the superbowl for me. i really really want to see the last of us, and im a huge god of war fan! i seriously cant wait!!!!!!!!!!!