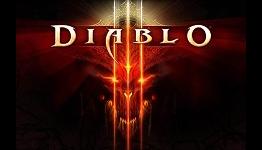 Diablo 3 has had a rocky launch that has drawn fans’ fury, despite being live for less than a day.

On their official Diablo Facebook page, developer Blizzard announced, “Please note that due to a high volume of traffic, log-in and character creation may be slower than normal. If you’re unable to log-in to the game or create characters, please wait and try again. We’ve temporarily taken our Battle.net websites offline and launched more servers to accomodate for the traffic. We hope to resolve these issues as soon as possible and appreciate your patience.”

Adhttps://n4g.com/General/Sponsored/arise
- Comments (25)+ Comments (25)
TopNewestOldest
Expand all
The story is too old to be commented.

You know how they could have avoided a lot of these issues? By not requiring a constant internet connection in order to play the game. Always-on DRM strikes another victory pose...

no, cheaters and exploiters need to be stopped. This is necessary for the game they have made. It needs to be treated like any other online game.

Not at the price of legitimate gamers. I have a 50MB wideband connection and have yet to be able to get online. You do not punish the loyal fans in order to prevent the far far minority from pirating the game. It is no way to treat the paying fanbase.

A similar situation occurred with Starcraft 2 and quite frankly these situations are inexcusable. I didn't allot time but a friend of mine that frequents this board took two days vacation time for Diablo III and has yet to be able to sign on.

If you bought a car and couldn't drive it off the lot for two days or a TV that wouldn't come on for two days how well would you feel the manufacturer had treated you?

Umm hes right. I have no idea why so many disagree. Constant internet is a safeguard to keep hackers from destroying the digital economy of diablo 3 like they did d2. Face it or not diablo 3 is a multiplayer game first and formost, so there making the right decision regardless if theres hurdles to overcome in the beginning.

This isn't going to stop them in the slightest. The always-on DRM has already proven a huge failure by UbiSoft and Blizzard will be no different.

The only difference they will make is making Diablo 3 the most pirated game ever.

Unfortunately this is something I don't see being resolved anytime soon. Just wait until console gaming takes up a similar measure to combat piracy.

Yeah at least the Wii's DRM is easy to break.

Well these issues will continue on for, at the most, the rest of the week before Blizzard finally gets a grip on things. If it takes longer...well...

This is Blizzard the same company who is also Activision? Remember how long it took them to fix COD problems? So you will be waiting a while.

blizzard is still blizzard, even if part of the same company as activision.

^^What he said. And Blizzard isn't anywhere near Activision's complete ignoring of problems. Exploits in Starcraft 2 got patched very quickly, and it's constantly being rebalanced and patched for improvements. They're actually better than 99% of developers when it comes to that.

people are exaggerating the issue by far. I've been playing most of the day without problems, and a message came up saying a server restart in 15 min. Get over it people. Is it slightly frustrating? yes. Would i go on twitter and forums and get all worked up with a raised blood pressure and sweaty palms pounding on my desk? no, thats ridiculous. grow up. seriously most online games have this problem on launch day. this isnt a new thing. if you didnt think this was going to happen then that is your fault.

and disagrees are either from console fanboys or ppl that wanted diablo/blizzard to fail. sorry you get yourselves all worked up over it.

It's so wonderful that you've been playing all day.

Now, I could be wrong, but I think people are pissed off because they are paying a premium for a "service" (it would be incorrect to even call it a "product" at this point) that....ISN'T.....WORKING.

I haven't been able to play all day, and apparently there are thousands of others having the same problem. So just shut your gob and be thankful that you're one of the ones that paid sixty bucks for a working game.

"I don't know why people keep complaining about diabetes. I don't have diabetes so it's not an issue. I think people talking about it have blown it way out of proportion and people need to get over it."

Well obviously if you're not having a problem, then it's not an issue for you. Back in the day, I thought the hardware issues with the 360 were just the vocal, unlucky minority because I had no issues. Four 360's later and guess what? Turned out there was something to those internet, forum rumours of failing units.

If you bought a concert ticket and were told you had to wait outside for an undetermined amount of time while others enjoyed the concert, wouldn't you be pissed? I can't believe there's people on here saying this is acceptable and people don't have a right to complain. Give your head a shake.

Haven't been able to log on period, Still Waiting!

This situation much like Battlefield 3 makes me wonder what companies are doing when they test the game. They know they are going to have mass amounts of people yet servers still crash. People paid their money for a game they expect to play when they pick it up not wait a few extra days so they have every right to be angry. Especially with this game since you cant do anything offline. As for my Diablo experience i cant even get past the launch screen after pressing play.

I'm actually kinda pissed at these so called 'fans' they're bitching way too much, Blizz is trying to fix shit so stop bitching about. It's funny how a lot of you are assuming that Activision = Blizzard. Yes they are the same company but they don't work together at all. It's like Sony's branches. They're all the same company just different branches and different ethics applied.

This guy knows what's up!

They are up now and work fine. No need for complaining anymore.

And blizzard could have avoided alot of these problems, if the game still had a traditional offline mode.

A internet connection should only be required if your interacting with human players. It is to prevent cheaters and hackers <-- and this is relevant to a purely single player campaign how exactly?

If blizzard isn't affected by activison, then what happened to lan support for sc2 and d3.

I'm enjoying the game so far but there is a lag that makes my soul hurt.

glad im waited to buy this