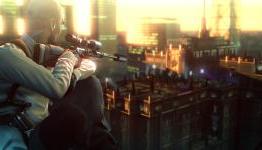 Hitman: Sniper Challenge is Here, Antithetical to Hitman In Every Way

4Player-"This week, people who have pre-ordered Hitman: Absolution have gained access to a completely separate mini-game called Hitman: Sniper Challenge. Available on both consoles and steam, it places Agent 47 in a type of bad-guy shooting gallery where he must eliminate both a central target along with all of the target’s bodyguards.

It’s also completely antithetical to everything that Hitman is supposed to be, and raises my levels of concern over the franchise to zenith-like levels."

What a shame, RIP Hitman.

The author of this clearly hasn’t done enough research on the game and went with what he felt was the right thing to say. This will not be a level in the final game, and if it is, it surely won’t play the same way and you won’t have to kill everyone. There are a few exceptions to where in past Hitman games where he kills everyone and doesn’t care about it, too. I’m excited for this game and I don’t see why people are worried just because it’s going in a more “action-oriented” route. We’ve been able to do that before in the past games, the only difference this time is that we have the actual tools to make us feel like the bad ass that Agent 47 is instead of some robotic, stiff character with no life.

The developers are making sure that everything is streamlined directly to the player so that we don’t have to pause the game, thus being taken out of the action, just to see a map that is essentially what “Hitman vision” is in this new game. When a player doesn’t feel like being stealthy and wants to approach a mission as reckless as possible in the past game that was certainly possible, but it lacked a certain finesse to it because the controls were crap. Now they’ve fine tuned all of it to make sure we have fun taking that approach to the game, IF WE CHOOSE TO!

I don’t understand why people think that we won’t have choice in this game any longer. It’s not just linear levels like some previewers think, they closed off certain levels and made them seem linear because they don’t want to show off every aspect of the game until later dates, it’s a marketing thing they got going. They are going to entice as many new players as possible that may not want to play stealthily and there’s nothing wrong with them doing that. They say that the gameplay will be just the same as it was before for the stealth-oriented Hitman players that want that, too. Why would you not believe them?

Some people remain skeptical, I choose not to. I don’t think they’d flat out lie to us and, no matter what they’ve shown us so far, they have more planned obviously. That is why they haven’t shown a single actual mission from the game yet, they are going to build to it if you guys can just hold out a bit longer, we’ll get to see more at E3 2012.

sniping is for pussies anyways. If I could I would have your Hitman dog tags.

Man fu#k what you read online about this demo. I've just jumped from sniper elite v2 to this and I think I've spent more time on this demo than I have in v2. Trust me man it's sweet.

Valve's Steam Deck Won't Turn On For Some Unfortunate Buyers

Fallen City Brawl Bursts onto the Streets in 2022