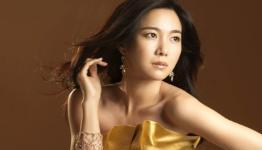 Recently, Korean actress and spokesgirl for Diablo 3 Lee Ji Ah appeared at Diablo 3 launch events. On May 13 and May 14, she appeared at the “Diablo 3 Limited Edition” launch event which was held in front of the Beatplex at the Wangsimni subway station. For those two days, Lee Ji Ah, Yoon Il Sang, and Leessang held a signing event for fans and also spoke in front of the press. Hardcore gamers waited for the event in tents.

soompi.com
- Comments (0)+ Comments (0)
TopNewestOldest
The story is too old to be commented.
40°