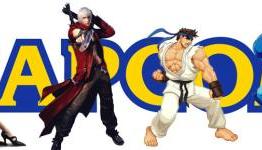 Capcom: sales of Street Fighter x Tekken "have fallen short of our plan"

Are the wheels once again coming off the fighting game genre? Capcom today said sales of Street Fighter x Tekken were not up to scratch.

Street Fighter X Tekken has shifted 1.4 million copies since its launch back in March. This, Capcom said today, meant sales "have fallen short of our plan".

eurogamer.net
- Comments (42)+ Comments (42)
TopNewestOldest
Expand all
The story is too old to be commented.

... cause gamers are catching on and are starting to refuse to buy an incomplete Capcom game on day 1, cause they know Capcom will be nickel-and-diming them!

You deserve this, Capcom! You brought this upon yourself!

i am afraid that capcoms greedy practices have less to do with the lower than expectations sales of SFXT.

lets see how much a higher profile game gonna sell like RE 6 before celebrating.

... also, Resident Evil is one of those classic series that has a loyal fanbase, although the slightly disappointing RE5 might have decreased that fanbase a little bit.

Personally, I certainly won't be buying RE6, for the known reasons of DLC-milking we have come to expect from Capcom.

Yi-Long: Slightly disappointing? What, are you crazy? I'd settle for slight disappointment any day. RE5 was a major FAIL and not a disappointment. It was ANYTHING but an RE game.

Ontopic: I don't think that it's the fighting game genre. It's two things. One, kids these days don't feel interested in other games if you can't blow shit up. Secondly, Capcom's shady tactics and SF milking must have also prevented high figure sales.

MK9 proved that if you have can deliver a game that's worth playing and even if the fan following as somehow declined, they will buy the game. MK9 sold very well and it was only because that game was worth purchasing and thankfully, they didn't milk it like Capcom keeps milking their franchises and turning gold into dust. If they were to announce MK10, I'd jump on it!

I hate how Capcom thinks that Operation Raccoon City was good.

I dunno, I for one want SFxT - I am just not willing to buy it with content lock, so they lost a sale here. This goes for any game by any company with the same... I'm just done with them taking the piss.

That and I think guys like me who are waiting on T X SF instead!

As much as I agree with you, I dont think the greed was what got them the short sales. I think fighting games are dying out again. SFxT sucks, its basically copy paste SF4 with new mechanics, theres not even that many new SF characters in it and the game doesnt cater to Tekken players at all.

"This shows the success of our decision to try the new approach of using an alliance with an overseas development company," Capcom said. "

BULLSHIT! Anyway, i have more hope in gamers after this...

YEAH, fighting games are STILL hot, and haven't faltered yet. Look at how many hits that Virtua fighter 5 Final Showdown game got simply for just announcing it's release date. That game was not even marketed or advertised, and yet tons of people will be getting it on PSN and Live. If a game that combined the hottest fighting franchises (SF and Tekken) could not sell alot, than maybe it has a lot to do with Capcom's shady DLC-on-Disk fiasco. Hopw dare the author look past that and assume that it's because fighting games are less popular somehow. People decided enough is enough. VF 5 FS; Skull girls; Street Fighter 3 third strike online (ironically by capcom, i know); Dead or Alive 5, and Playstation All-Stars Battle Royal are all fighting games where money would be better spent. Fact(Plus SF x Tekken was just not all that balanced of a game).

Anyways, gotta say that I'm glad to see gamers voting with their wallets. What's the bet however that Capcom blames everything else other than their own greed and DLC abuse for this?

Publishers don't ship without the retailer paying them for the copies. Therefore, shipped is sold. Nobody tracks actual "sales" numbers, since it would be almost impossible to organize with each individual store, and it doesn't matter at all to the publisher.

I along with several people refused to buy it because of their greed with DLC. Hopefully Tekken x Street Fighter won't turn out the same way.

Well Capcom doesn't have the main control over that version. Namco already said they had no intention of doing things the way Capcom did in terms of dlc with it. But time will tell.

He believes that characters should never come in the form of dlc, especially in fighting games. If it's a fan service stuff, then would probably release them as dlc at a small cost. He also clarified that if he did plan some characters to be dlc, they would be bonus for people that preordered the game. They will still be free "later," but it only means you have to wait a little longer to download them.

So if a "small vocal minority" complains about a company's business practices while sales drop correspondingly, what are the chances they'll get the hint that said minority might not be as small as they think?

It depends really. There are a lot of people who were never fond of SFxTk to begin with. The sales could easily reflect that vs the crowd that hates everything Capcom. I'm sure as hell not supporting their practices, but I would personally have to wait and see if this is a sign of things to come or just a sign that the interest for this one game fell short.

Feels good. I haven't bought any Capcom game for years.

I would have purchased the game if you hadn't locked away several characters (Lars, my main being 1 of them) as DLC on the disc!

The purpose of DLC is to expand upon the game with additional features, not overcharge your customers with content already there!

If you buying it for tekken characters you are going to be extremely disappointed.

I wasn't going to buy it just for them. Lars is just my main TK character.

Has nothing to do with greed, has to do with over saturation. Capcom is doing it again to the fighting game genre.

I'm glad that SFxT tanked for them. It had nothing to do with cannibalism, and everything to do with disc locked content. Real fighter fans that I've spoken too didn't buy MK or SCV because they see those games as "too casual" for their tastes. SFxT would have sold to the real fans if not for the locked characters. And the RE game selling 2 million, despite everyone saying it sucks isn't based on the developer but on the name of the game. FFXIII sold 6 million and is an AWFUL game, but it sold on its name.

Disc-lock is just one of many reasons, however it is a big one.

To be honest, I doubt the DiscLockedContent fiasco had much to do with the poor sales. I wished it did but in all fairness and honesty the large majority of gamers out there are probably nonethewiser to the whole situation.

If you ask me the contributing factors would be:

Over saturation: Game was released way too close to SC5 which imho is a fantastic game. Also the latest version of Blazblue also came out along the same time as well as the new MK edition with dlc.

Too many editions.. many fighting game fans are probably waiting for super/ultimate Street fight X Tekken.

The game doesn't really appeal to SF fights.. wall bounces, floor bounces, retarded chain combos... implementing tekken elements into a SF game imho just doesn't go.. a few of my SF buddies hate this game because of how it plays.

For the FGC the game has about as much hype as a game of darts. Seriously, it's so frigging boring watching matches in this with so many time outs and other boring mechanics. Anyone watch Shadaloo Showdown and how many of the spectators were cheering when Justin Wong lost? All because of his boring lame tactics.

Well I simply didnt buy it because I refuse to buy charcters with real money. Also because knowing these people they will try to make more editions of the same game, its overwhelming to say the least borderline ridiculous.

But, this isnt the worst example ive come to witness yet. The worst in my opinion is ridge racer for the vita. The game comes with like 3 tracks and the rest you have to buy for aprox. $2.46?, oh and the sound track is also sold seperately and individually.

So, I havent purchased either game. I fell for ultimate marvel vs capcom 3 though, but thats because I thought it would include every single character. Little did I know I still had to buy jill and that other guy for $4.99ec. Its like I said before, ridiculous.

While I don't like to hear about game developers not making good profits I'm glad these greedy bastards haven't sold enough copies of this!!! Live and learn CapCON!!!!

I was about to buy UMVC3 for the Vita but I decided to get Mortal Kombat Instead because it seems like a more complete package to me.

So far I love the game and the amounts of content is incredible even though the visuals are slightly disappointing I still believe it to be the best fighter on Vita.

SF x T was shit, they totally ruined all the tekken characters. Good on the gamers, we will not buy into half ass products. Put these assholes out of business.

Well when I found out DLC is already on disc I ditched it.

Thank god, I just wish it did far worse than this.

COULD IT BE BECAUSE OF THE RETARDED DLC ON THE DISC? Ohhhhhhh you don't say CRAPCOM??!! I wanted to buy this game but I'm sick of your business models. Bout time consumers fight back with their wallets. Screw your game. Regular, Super, Limited, Turbo, Arcade, Premium, Maximum, Extra Sprinkle Edition games too.

I was never interested in SF x T. I think T x SF will be better.

This has less to do with greed, and more to do with the fact that the game is simply put........broken.

All/most of the mechanics that SHOULD work don't. AND we were jipped with the content. OH WELL.

That's because that game is WACK!!!! I'm not surprised one bit. Capcom was better off making a capcom vs snk

Dats what u get for being greedy

8 forgotten Capcom franchises that should make a comeback

Sniper Elite 5 Kill Cam Montage - Death from a Distance, and Now Up Close