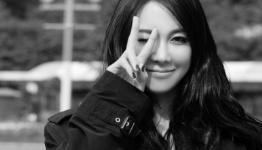 Blizzard Korea stated, “We wanted to choose models that would give more credibility to the testimonial clip. That is why when we chose models we looked for people that were actual fans of the Diablo series.”

Is it me or does Blizzard have some sort of Korean fetish?

The opposite might be more true. Koreans have a Blizzard fetish.

Blizzard is just catering to it's biggest audience like a good company should.

korea loves MMO's and blizzard has the most popular ones so it makes sense in a business way.