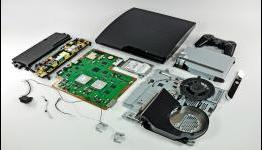 When Your PS3 Becomes a $400 Paperweight

Kotaku: The PlayStation 3 had been out for several months when I started looking into buying one. My PS2 was making loud grinding noises and I feared it was on its last legs. Moreover Sony had just announced that PS2 backward compatibility would be cut from the next model of PS3, so it seemed as if it had become a "now or never" situation. So I imported a 60GB American PS3 for my PS2 games and American DVDs (and PS3 games of course). Everything went well for just over two years. Then, just as my platinum for Uncharted 2 was in sight, I got the "Yellow Light of Death": I pushed the power button one day, the power light blinked yellow, and the system shut off.

The same thing happened to me, my Fat-PS3 broke two days b4 i was supposed to get Heavy Rain, the warranty had ran out, couldnt afford to buy another PS3 at the time, so i followed the guide

The first time i fixed it it lasted 2 weeks, second time it lasted 8 months (give or take) But on the 3rd time it only lasted a day then, by that time though i had backed up my data had money on the ready to go out and buy a new Slim, which i did

The sun will come out tomorrow and ps3 will be the best console like it was yesterday and the rest of this generation of gaming. Why, because of games and all different genres of quality titles that caters to all types of gamers

Might give this a go after my finals. Even though I have a slim after my fat PS3 YLOD it would be nice to fix the old, fat, gal and get my hangover dvd from inside of it. At the moment it is sitting in a rucksack along with textbooks that never see the light of day

Even if it cant be fixed, taking it apart can allow you to get the DVD. I took a dead one apart for a game stuck inside, wasn't very hard at all.

if the PS3 YLOD you can still have it it in stand by mode, just keep down the eject button with the system in stand by mode to force eject the disk, but you would know that if you read the manual or owned a PS3.

I had a game stuck once after YLOD, but force eject didn't work. It does work most of the time but didn't for me.

Force eject didn't work for me either. I had to open the console up to retrieve my copy of a Crack in Time.

That was my replacement 60gb console that Sony provided. I still have no idea what happened to my original. One day it fritzed out gave me a blue screen and refused to turn on again.

Force eject didn't work for me either, hence taking that paperweight apart.

my fat 60 is on at least 6hrs a day since I got it, still going strong. I also play alot of ps2 games on it with my 9yo. and blu-rays. Ill freak when it does go!

Mine was a paperweight just after I finished Uncharted 2, and it was still working! Zing!

My fat 60 broke down playing gta 4, even with my new ps3 any rocketed game makes my ps3 really loud, no other games do that.

My fat 60gb european version died because I wanted to replace it with a ps3 slim. No joke I got the ylod when I was copying my save games and all of sudden I got the ylod.

mine showed the red blinking light of death,which apparently is the same thing,I did the guide and it lasted for a month,did this again,and for now it has passed 1 and ahalf month.I suppose it will happen again,most in forums say that the 40 gb fats are getting this often,and the slim show drive problems eventually.Someone mentioned that it should be clean and well ventilated at all times,my ps3 was indeed all that and happend,so its probably the 40 gb a problematic line of ps3 s I guess.

Pretty much all the 1st Gen PS3's will get this, due to these annoying 'green' laws, the Xbox and PS3 used lead free solder, which melts at a lower temp than the older leaded solder. Over time this can cause the solder to crack, or the components to move out of place slightly.

A company is offering to reball consoles for £80 (and use leaded solder so should last a lot longer).

Was kinda p*ssed when mine crapped out, but heat gunned it, and it lasted long enough for me to back up all my data :) was annoyed that I lost my KZ2 elite save though (stupid locked saves)

doublebass from my undestanding blinking Red with no yellow is just your system saying it overheated. Usually letting it sit for a day or so will let it work again fine, at least thats what i remember reading online. Blinking yellow means "general hardware failure"

I have a CECHG 40gb fat model it was the first edition where they started using the smaller NM chips so thankfully no overheat yet, BUUUUT the model i have was when sony tried using cheap lasers to cut costs & it was prone to failure, around 2-3 years of owning it my laser stoped working, i looked it up online found out about the cheapy lasers & called sony. After talking to a few differnt people & a couple managers they agreed to fix it for free for me, that was 25 months ago & my second refurb i got back from them is still going strong after two years. Granted the first refurb they sent me YLOD within two weeks but the second one has been a champ!

My first refurb which Sony provided lasted for about a year. By then I just purchased a Slim. That got stolen but my current is going nice and strong.

My 40GB Fattie died the day after Christmas, 2010. I managed to reflow it several times - about once a month for six months, then it finally perished. But by that point, we had a Slim, and got all the critical data moved over.

Reflowing is a temporary fix, but at least the first time it usually works. Great for getting the data off the machine...

My 40 gig is dead ylod not getting another put my cash into a pc and stand alone bluray player.

Agree 1Disagree 0
▼✖-+
SPAMInappropriate
Show all comments (21)
The story is too old to be commented.
50°