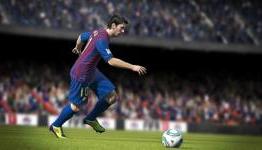 IncGamers: Aside from the Player Impact Engine, which more accurately simulated the physical side of football, Fifa 12’s big innovation was defending. For the first time, timing and positioning really mattered: instead of just hammering the tackle button, you had to think carefully about where your players were, who they were up against, and how they might win back possession without committing a foul.

This year, the attacking is getting a similar workout. In Fifa 13, the foundations of last year’s changes are being built upon, and it’s the strikers who can now take advantage.

Adhttps://n4g.com/General/Sponsored/arise
- Comments (0)+ Comments (0)
TopNewestOldest
The story is too old to be commented.
70°1