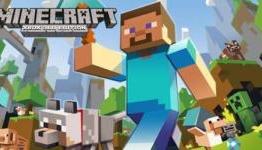 MediaKick: "In 1949, a man from Denmark named Ole Kirk Christiansen invented a toy that would change the global perception of toys forever – Lego. 60 years later, a Swedish man named Markus “Notch” Persson would use similar tactics to create what would become the biggest independent game in PC history. Minecraft has now since come a long way from the alpha days of 2009, with ports to mobile phone formats shortly following the full PC release. The next logical location for the global phenomenon is of course the console market. With the release of Minecraft on Xbox Live Arcade come some rather intriguing questions. How does it stack against the PC version and does it offer anything unique?"