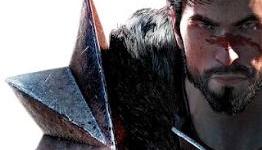 Looking back at Dragon Age 2: Was it really that bad?

Digitally Downloaded writes: "in anticipation of E3 and all the Dragon Age III news that we can probably expect, let’s have a look back at Dragon Age II. Specifically, was it really that bad? I don’t think so. While it was very different to Dragon Age: Origins, and clearly made quickly, it in itself was not a bad little RPG."

Adhttps://www.youtube.com/watch?v=EjfojxXOobE&t=463s
- Comments (14)+ Comments (14)
TopNewestOldest
Expand all
The story is too old to be commented.

Well it wasn't all bad, I especially liked that cave.

Still on the fence about taking the plunge on this one, the community have expressed their dislike of it which puts you off instantly and I wasn't sold on the demo. But, for some reason a part of me wants to give it a go.

Yes, it was. I started it 5 times, each time promising to myself "I will give this game one more chance and I'll try to finish it, people praise the character interation and whatnot, so it must get good at one point". But as hard as I tried, I couldn't. Removed from my PC these days. It's that bad.

It did a lot of good things, but the little things brought it down.

If you haven't played it and the price is right for you its worth a go - you can import some events from Dragon Age Origins that adds (a little) to it. And it has pretty good characters - story isn't to bad either... but yea there are quite a few areas that re-use <not only caves> but you will traverse the same environments because you never leave the city area besides the DLC - but its worth a shot for those who haven't played (PC version with Hi-res textures and Mods can add a lot too)

It was incredibily small. Copy Paste everywhere, probably the smallest game in terms of amout of assets I have ever played. How many different dungeons does this game have, like 2-3?

Yes. Yes, it really was that bad. Ever wonder *why* you were going through that same cave for the sixteenth time?

It's because they forgot to include a small element called "a story" that would normally give you the feeling that you're progressing toward something and provide you the impetus to move through the game.

In a nutshell, you are Hawke: you kill people, you earn money, you buy stuff, you talk to people. In the meantime, Templars and Mages get into a pissing contest, have hissy fits, and you pick a side. The end.

If you really liked the first game (like I did), you'll be tempted to get this game hoping for more of the same and if you play it, you'll try really hard to convince yourself that you like it. DON'T waste your time or money. Dragon Age was a great game. Dragon Age 2 is not. Be glad for the experience of the first one and move on to something else.

It was absolutely that bad indeed. Rushed crap. I beat da1 with every charachter. Da2 I had to force myself to beat once. Complete trash.

I enjoyed the story and some of the characters, but the repetitive environments were a let down, mostly the game teased about how good it could have been. Hopefully the 3rd title can deliver, I'm willing to give it a chance

Dragon Age 2 was a stripped down piece of garbage

It wasn't that bad. I mean sure they had repetitive environments and combat that was really simple, but at the same time I rather enjoyed the story. It was somewhat interesting and setup things up nicely for some interesting events for DA3. Could it have been better sure, but it was no where near the worst game ever made. Still coming from Bioware I kind of was expecting more from them.

My take is if i had neve played DA:O & there was virtually no hype to the game meaning i went into it with no expectations i would come away saying it was an average game! However when you compare it to DA:O & take into account all the hype the game really sucked. My biggest complaints were there was so much copy & paste everything, the lazy level design with just concrete off sections to make the caves seem differnt, the inability to put armor or weapons on anyone but Hawk, & i dont hear very many people mention this but i thought the graphics were actually a step back from Origins,specifically the darkspawn.