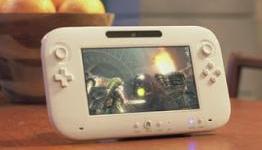 Are Nintendo Walking Into A Disaster Area?

"As the release of Nintendo's latest console draws near, more information is becoming available and the internet is rife with speculation over just how powerful it will be. The latest information to become available says that, whilst Wii U games can look as "look just as good" as a PS3 or Xbox 360 version, the Wii U really struggles keep up when it comes to more complicated physics and AI processing."

We should be able to vote and remove articles like these!
It just another base-less, fact-less opinion piece poorly suggesting things about the WiiU that's all...

Well, it is clearly labeled as an "opinion piece".
I'm getting a tad bit annoyed myself, but as long as no one is trying to pass baseless/near baseless speculation as fact I don't see any problem with it.
I either make a counter point, or just walk away... e3 can't come soon enough
^_^;

ok do you guys even really care about Power I mean Coming Look the The Ps3 How Much Problem People Had In the Past
OverHeat Yellow Light Of Death and Blu ray problem and stuff
POWER DOESNT MEAN EVERYTHING. i rather have a console that fit my need of play i own a ps3 and a wii ..

The closing comment that there is currently no reason to buy a WiiU over any other system on the market is so ridiculous! You mean three weeks before any aspect of the final system has been revealed? Maybe don't knock it until any of the system's details are disclosed, yeah? Since reports of power are widely diverse, it is obviously all speculation, except that developers actually working on the WiiU have straight up said that it is MORE powerful and is NOT struggling to keep up. How that will measure up to the next gen consoles from Sony and MS remains to be seen, but no one realistically thinks the WiiU can't keep up with the 360, unless they're writing it to get a rise out of readers... Also, the games coming for the system are all under wraps, besides the few teases we got last year, so no one is in a position to say it can't compete on the software front. Again, we just don't know!

Ranking the Splinter Cell Games From Worst To Best