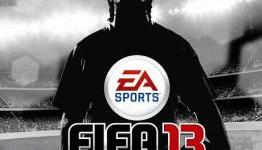 Electronic Arts Inc. today unveiled five new mechanics that will bring changes to EA SPORTS’ FIFA 13, promising the largest and deepest feature set in the history of the franchise. Ranging from new artificial intelligence (AI) design to a redesigned dribbling system, EA SPORTS are pulling out all the stops for FIFA 13.

Adhttps://www.youtube.com/watch?v=EjfojxXOobE&t=463s
- Comments (26)+ Comments (26)
TopNewestOldest
Expand all
The story is too old to be commented.

Lol they promise the largest and deepest feature set each year. I just hope the motion control they're adding didn't take a significant amount of resources that could have been better used elsewhere.

Not sure about the dribbling stuff though, seeing how ridiculously poor the refs are in fifa 12, I can't help but think it'll be even easier to get in the box and play for the penalty in fifa 13.

The most ridiculous and pointless thing they added in FIFA was the hand touch foul, easily the most broken thing in the series... And I hope they remove it

you can disable it in the options and its off in head to head ranked matches...

too easy to get penalties!

Don't get me wrong, absolutely love the game, but not one of those 5 new mechanics is a new mechanic for FIFA.

Was the source of article taken from the FIFA 12 official site?

When it says "off the ball battles" i was expecting some Joey Barton type action.

you mean Barton vs. Balotelli?

if only they would put in the Madden and NHL mechanic into FIFA...that might be a possibility!

Ah god forget about the motion control please :/.... Looks like i may be going PES this year.

I hope the vita version is the same as the console version.

Did you play FIFA on the Vita? Was it any good?

Ive been eager to get the Vita and FIFA looked really good on it and is on of the reasons i would like to get one. I dont know if the current one has it, but i would love to see a synchronization between the portable and console version i.e. playing career mode on the ps3 and then continue it on the Vita.

I played it on Vita and I can say that it's an incredible game. Multiplayer and carreer mode are exactly what you expect but touch screen controls aren't really that good (for me). Overall it's a great game and if you love Fifa 12 on PS3/x360/PC, you should buy it for Vita.

In an interview for the first vita game, the synchronisation you said is exactly what they plan on doing in future games.

The first fifa vita was based on a fifa 11 build though (ie. no new defending system) but I assume it was due to time constraints and testing the new hardware. It looks like theyre more than capable of just porting the official fifa 13 console version in there.

Hope it works out well.

Like one guy said, dont care about the motion control and hope they havent sacrificed too much time that they could of used improving the general gameplay.

Also, like another guy above said, the new things they mention doesnt really sound new.
Since my beloved PES is truly dead, FIFA has become my new footy game, although 12 is the only one i really enjoyed and even though it can be great, it can also be frustratingly annoying at times. 13 just needs a few of those annoying niggles ironed out and it can be a great game. Although fixing a few niggles doesn't really justify spending €50 on a game, they have to improve what worked too, just make the game generally better, enough to differentiate it from 12 and justify buying it.

that's totally Leo Messi on the cover. lol too bad for Rooney

i bet rooney and messi are on the cover...

you do know that FIFA has lots of different covers every year, right? covers are different by regions and even countries in Europe too

So we're going to be kicking an imaginary ball with PS3 Eye camera or Kinect? Sounds...fishy.
Oh, and I should clarify, last PES game I owned was PES 2010 and I've been buying FIFA games since 2008. I am by no means a PES fan or FIFA hater...just saying.

I noticed from the screens that the crowd has been improved. Bar that it looks very very similar to 12. I was hoping for a lighting overhaul to increase realism.

Fingers crossed they will improve the horrific floaty crossing that has plagued the game since 08.

I'd also like to see them actually improve the tactical customisation for the first time since 09 as well. I want more options to create a team which transitions better from attack to defense.

Calm down the transfer market in career mode so players stay where they are for more than a season. I've seen Rooney at Citeh, Ronaldo at Barca and Hulk at Stoke! Also, improve the youth academy so I can choose which areas to develop a player in.

Also EA for the last time if you think a John O' Shea can keep pace with a Theo Walcott, let alone catch back up to him you are fools.

Completely agree with everything you said.

Add in ridiculously slow menus that pause with nearly every action to save. The little showreel clips before games where it shows your defenders doing stepovers and scoring. Players not responding to rebounds, infact avoiding them altogether, especially outside the box. Players losing pace for no apparent reason, especially if you hit the "touch" stick in the direction your going, this will slow down your player big time. A problem where if you move across the pitch and attempt a high thru ball it will always hit it way too far, usually straight to the goalie, regardless how lightly you touch the button. High thru balls are dodgy in most cases really. Every goalie being the same, being all world class that is and many more little problems...

But the two big ones that drive me insane, one, when the game decides you arent going to win and does everything it can to prevent that i.e. defenders turn into zombies, your players cant do the basic things, you miss sitters and the opponents know everything you're gonna do and play like barca, which would be ok if they were barca but if not if they are wolves.

Two. Like pintheshadows said, pace. You think John O'shea catching up with Walcott is ridiculous, try getting away from Tony Hibbert. Yes, Tony Hibbert. That old and, not essentially bad, but very very slow player for Everton.

I make the game sound terrible, but these are some of the small but annoying things that plague an otherwise great football game.

They ruined the high through ball in 12 (it worked in 11) to the point where I signed Xabi Alonso for West Ham (I know, I know) as my passing anchor in the midfield and even he was bad at them. Cabaye is no better and we're talking about player with exquisite passing abilty. In fact bar cross field switches long balls are basically useless.

And, yeah, the every goalkeeper is Petr Cech thing (even in League 2 is ridiculous).

Yup, again you just know when the game wants you to fail (something the old Pro Evos used to do). You'll have all the ball, countless shots saved and the AI will score with their only chance as your defenders are suddenly non existent. Or as you say how Bolton, Wolves, Blackburn (I've even seen it with Shrewsbury) play Barca style possession football.

I also find that players like Messi are no more effective than say Matty Etherington. They're just faster.

I'd like the crowds noise level to be improved as well.

And the occasional stutters on the PS3 version should be gone.