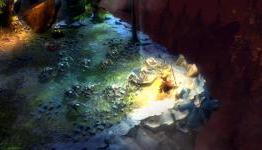 In the wake of the epic launch of Diablo 3, AusGamers takes a look at some of the smaller upcoming games in the genre:

"We'll be playing Diablo III right along with every other PC and Mac gamer, so this is in no way a dig at the big red guy. But in the shadow of May 15th's big budget return to the depths of hell, we thought it might be nice to take a moment to highlight some of the smaller upcoming titles in the action RPG genre: Torchlight II, Grim Dawn, R.A.W. Realms of Ancient War, Path of Exile, Dungeonland, Krater and Umbra."

ausgamers.com
- Comments (3)+ Comments (3)
TopNewestOldest
The story is too old to be commented.

RPG's aplenty this gen finally! I know ive been slating and knocking the witcher 2 but i thought id try the xbox 360 version and wow way better than playing it on pc! thats just how i feel about it anyways. Although quest markers arent always precise and can be annoying as constantly getting lost/confused at chapter 2 lol.

Getting Diablo 3 today just waiting on the courier and looking forward to all these rpgs, although staying away from risen 2 as soon as i saw muskets i switched off >.<

Farthest Frontier Announced from the Developers of Grim Dawn

Siege of the Atlas revamps Path of Exile on Xbox and PlayStation with new endgame, quests and more

Path of Exile: Siege of the Atlas Official Trailer