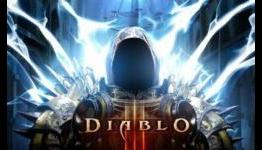 Diablo III’s North American fans are just a few hours away from the servers finally opening. Tonight marks the end of almost four years of speculation and anticipation, and excited gamers have bombarded the Internet with pictures of their preparations for the game’s release. We’ve collected a few of them.

Thanks Diablo for my lack of sleep last night, now I have to go out :(.

The beer should help pass the time as Error 37 keeps showing up.

My group managed to logon at midnight I crashed at 7 am 2 were still going at 1 pm. Reconvene t minus 7 hours