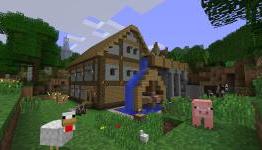 My previous experiences with Minecraft consist of having played a trial that came with one of the Humble Indie Bundles not too long ago and from that I took quite a negative stance on whether or not Minecraft was all it was cracked up to be. Now after playing the Xbox 360 version of the game and giving it a bit more time and effort I can say I think I found what my previous experiences with the game were missing.

Adhttps://www.releases.com/?utm_source=n4g&utm_medium=native&utm_campaign=c1
- Comments (0)+ Comments (0)
TopNewestOldest
The story is too old to be commented.
80°2