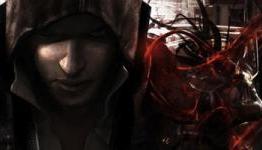 "Sometimes I wonder how people come up with ideas. There have been spells in the past where games come out around the same period and are centred on matching themes or gameplay. We’ve had World War II, zombies and psychic power, and in 2009, Radical Entertainment released Prototype, a game featuring a lead named Alex Mercer who has superpowers that allow him to change his body into weapons or shapeshift into exact copies of other characters. It's also an open world game where you could explore New York City freely using Alex’s powers."

Adhttps://www.youtube.com/watch?v=_iUAHlmkvuE&feature=youtu.be
- Comments (0)+ Comments (0)
TopNewestOldest
The story is too old to be commented.
290°8

Prototype 2 receives a HD Texture Pack, overhauling almost all of its textures