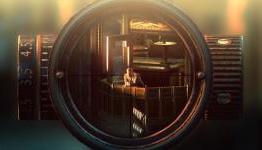 "The Hitman: Sniper Challenge is a unique pre-order offering in a world where pre-order bonuses have become mundane. Not only does it offer a small slice of gameplay from a game which still isn’t set to be released for over four months but it also offers players a chance to compete with their friends to see who the best sniper assassin among them is. With a number of bonuses which carry over to the main game and a chance to step into the shoes of Agent 47 months early, fans of the series can find no better reason to pre-order the game than the Hitman: Sniper Challenge."

Adhttps://www.youtube.com/watch?v=EjfojxXOobE&t=463s
- Comments (0)+ Comments (0)
TopNewestOldest
The story is too old to be commented.
50°1

The Best Hitman Games, All 7 Ranked from Worst to Best

Kao the Kangaroo - All The Lava Caves Collectibles Locations