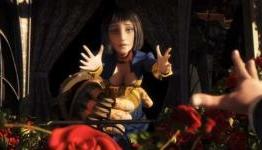 The ten biggest games still (supposedly) coming out in 2012

BioShock Infinite has been delayed. Tomb Raider? Also pushed back to 2013. But even though some of the biggest games of the second-half of 2012 are now poised to be the biggest games of the first-half of 2013 doesn't mean the next few months look bleak.
On the contrary - they're jam-packed with goodness, and we've gone through and picked out the ten biggest, best-looking games that are still (maybe) coming out in 2012.

gamesradar.com
- Comments (0)+ Comments (0)
TopNewestOldest
The story is too old to be commented.
30°Fresh