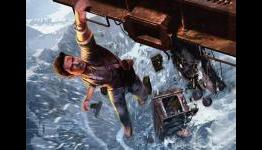 The 7th Generation in video gaming is regarded by many to be the best gaming era ever. It started in 2005 with the release of the Xbox 360 and subsequent releases of the PS3 and Wii. The main focus of this generation is HD Graphics and Motion Contols, pioneered by Xbox 360 and Wii respectively. Which are the very best games of today's age? Lets take a look.

videogaming.jux.com
- Comments (8)+ Comments (8)
TopNewestOldest
The story is too old to be commented.

I love how the slides are set up on this article! That's not good...there wasn't any Xbox360 exclusives mention in this list.

Mass Effect 2 is easily the best i've played. And i'd put RDR on there, replacing UC2(gah).

Sorry but last gen was much stronger than current gen IMO.

You wouldn't be saying that if Uncharted 2 had UC1 level graphics. And UC2 had no competition in 2009. In Mass Effect 2, you and all 10-12 of your squad members could die.

In UC2, everyone lives. Every time. Elena getting injured by the grenade? Who cares. We all knew she would live. If it was ME2, her dying would be a possibility, making it 10X more intense. And that's what ME2 does best; intensity. Something that UC2, and most other games lack.

Uncharted 2 had a forgettable story, average platforming, combat and multiplayer. I am 100% convinced that Uncharted 2 won the most awards simply for the graphics and presentation. It's still good, but it's not the greatest game this gen. Not by a LOOONG shot.

Mass Effect 2 had excellent combat, story, presentation and better graphics on PC. If it released in 2009, I guarantee you that it would have completely destroyed UC2 in awards. ME2 didn't win in 2010 because of RDR... which also would have destroyed UC2.

Lol you see this is where you know things are subjective. All the praise your giving mass effect 2 and RDR for that matter is something i just dont see in those games. I happen to have RDR i played ut for a few hours and left it alone, as well as Mass effect 2 just didnt do it for me gameplay wise.

By the way it doesnt matter what year Uc2 came out or against who it still woukd have won all those awards. It was justvan awe inspiring game sonething tht till this day years later hasnt been replicated in a console. Uc2 did not only win due to graphics and presentation but solid gameplay with loads of intense battles andutalso due to the witty charactees everyone loves to love.

Sorry dude imo RDR nor Mass effect 2 comes clise to what uc2 has offered in so many diff categorys and based off consensus im not the only one that feels that way. Sure they may be good games but uc2 is and has been in a level of its own.

Ranking the Metroid Games From Worst To Best