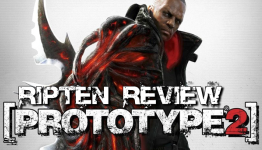 Ben Rowland wrote: Some games imbue a sense of purpose and accomplishment as you go through the various motions the game requires, while others simply serve as easily consumed joyrides meant to keep the action and rewards flowing briskly through the relatively brief experience. The original Prototype fell in the latter category. Three years later, developer Radical Entertainment and Activision bring us Prototype 2, a sequel that is every bit as explosive, bloody and devilishly fun as the first.

ripten.com
- Comments (3)+ Comments (3)
TopNewestOldest
The story is too old to be commented.

Review is well written. Definitely interested in picking this up.

I'll wait until after the Diablo madness wanes - but I'll be playing this soon.

Thanks for the review.

Prototype 2 receives a HD Texture Pack, overhauling almost all of its textures