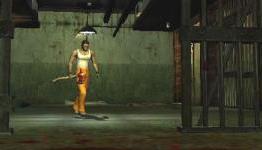 Whatever Happened to “The Suffering”

4Player-"Let’s be honest, the term Horror is used fairly loosely when speaking in reference to the gaming industry. IP (Intellectual Property) like Resident Evil and Dead Space still have their place but with so much emphasis now placed on creating a high-octane experience, the more important elements of true horror are rarely prominent or executed properly. This got me thinking a lot about a property that was born a few years prior to the explosion of the action-horror genre. Along with landmark titles like FEAR, The Suffering (developed by Surreal and published by Midway) was one of the few games that combined exhilarating combat scenarios with elements of psychological horror. The question now becomes: What was so special about The Suffering and where is it now?"

4playerpodcast.com
- Comments (7)+ Comments (7)
TopNewestOldest
The story is too old to be commented.

Other than Silent Hill 2. This game was the only other game to mess with my head at night. Fatal frame is on my list as well.

They made a "The Suffering 2" but neither of them did all that well. I remember playing the first one and being freaked out. It was definitely scary. Hearing the metal grinding against the ceiling but not being able to see the creature causing it....scary man.

It was renamed and made an x360 exclusive peripheral, Kinect.
We core gamers have been suffering its effect since!

Great game. I loved the 1st Suffering game. I think there are a lot of games from PS1 & PS2 days that need to make a comeback. In the action/horror genre, I would like to see another Suffering for sure, as well as Ghosthunter, Fatal Frame, another Siren game would be great too, as well as some new IP's, especially nice would be a new Sony developed Move based, survival horror title that, that harkened back to the old Resident Evil 1 & 2 days that had genuine, make you jump" moments.

It would also be nice if Capcom turned Resident Evil, back into Resident Evil & made future games that revolved around actual shambling, shuffling zombies, that attacked in great hordes, didn't run, or think, but were just the ol' skool, instinct fueled zombies we know & love....A game of R.E. 2 ilk (The series pinnacle), would be nice, you know, with originality, like giant boss zombie crocodiles & such....& dogs that jump through windows when you least expect it.

I think also, too many developers are trying too hard with all the emphasis placed on twistedness, & psychological babble & crap........it's BS, you can't scare a grown a$$ man playing a videogame, like myself, with polygonal characters that are unable to muster up any of the traits of character, or vulnerability that a real human being conveys. So for me, forget the overly weird sh!t that developers are trying to be clever with in games like Silent Hill & such, & just concentrate on the basics. Things like the dogs crashing through windows in Resident Evil 2 were so genius, because they were so basic....you'd already walked past those windows before, they were not overstated in any way, then bam, you walked past them for that 2nd of 3rd time, so your comfortable in doing so & therefore don't see it coming when multiple deadite doberman's come smashing through to eat your brains. If a developer could concentrate on making those moments in a game often enough, then they would be onto a winner for mine, as being scared like that is the true, most real way to be scared from a game.

The scare of something suddenly roaring at you, whether it be your little/big brother jumping out of your cupboard with a Freddy mask on, or a dog barking loudly from behind a fence suddenly, a cars screeching tyres behind you, or any of those things that at one time or another, have given everybody a quick scare & heart rate increase are far more intense & offputting than something scary your thinking about, like the build up of an expected belting from your parents, or your morning wedgy from the bullies at school, a dentist trip or the like.

I have 'Ties that Bind' the sequel, but since buying it and playing half an hour figured it would be better to play the first one. However, I've never been able to find a decently priced copy of the first game.

Halloween Marathon 15 Must Play Games Of The Season

Looking Back at Prison-Based Horror Game ‘The Suffering’

What happened to The Suffering franchise?

Questioning Morality With The Church in the Darkness - A TLS Interview

Is It A Classic? The Suffering