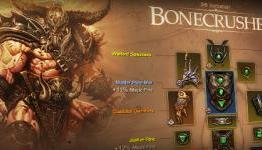 Enizr.com writes: "Blizzard has announced that it will soon add a profiles section on its official site, following the release of its highly-anticipated action-RPG Diablo III on 15 May. This new segment will allow you to look at the exploits of you and your friends' heroes. The profiles section will consist of a career tab that displays all of your heroes, their progress in the Diablo III campaign, enemy kills and other such stats; and a heroes tab that displays your varied equipment, as well as the attributes and skillsets of your heroes and followers. Later updates to the section will include addition of the player's artisans, achievements and much more."

just a few hours left Diablo 3 upon us woohoo!

Installed and ready to go.