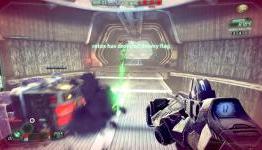 Tim Ashdown here back from Cuba and ready to take on the world of DLC and patches once again.

"I've never been one to discriminate against different platforms on which games are played, personally, I own a Wii, Xbox 360, PS3, iPad and an old yet still functional gaming PC. There is one platform that seems to feature more than its fair share of free DLC and that's the PC"

Adhttps://n4g.com/General/Sponsored/arise
- Comments (0)+ Comments (0)
TopNewestOldest
The story is too old to be commented.
50°3