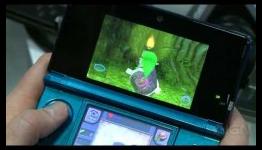 In all likelihood the next time we see Zelda it will be for Nintendo’s newest hand-held, the Nintendo 3DS. Sure, we know Nintendo is working on two Zelda games at once, but traditionally games are able to be made faster for the hand-held platforms than for consoles. That, and we just got Skyward Sword, so all signs point to Zelda 3DS next.

While Zelda Informer is highly anticipating it’s release, and it will receive critical acclaim, sales wise it’s going to not only sell less than Nintendo anticipates, it will do poorly enough to beg the question “Is Zelda dead?”. Now, that’s a bold claim statement but Zelda Informer has what they believe are 10 unbelievably solid reasons Zelda 3DS is not going to be the “savior” I think Nintendo is looking for.

Adhttps://www.youtube.com/watch?v=_iUAHlmkvuE&feature=youtu.be
- Comments (12)+ Comments (12)
TopNewestOldest
Expand all
The story is too old to be commented.

This is probably one of the worst articles I've ever seen written in my life. It seems as though its written by someone who knows a lot about Zelda, but absolutely nothing about how the videogames market works. Twilight Princess on the Wii sold 6 million relatively early on in the Wii's life cycle...in fact it was a launch title.

A 17 million + install base is more than enough to sell the next 3DS Zelda game too. The game hasn't even been announced. Lets not make stupid, crass assumptions just yet.

awful article. Zelda 3DS will just boost 3DS sales even more along with new pokemon and mario games what were they thinking when writing this? From the last Zelda master piece game Skyward Sword we can be sure this will be another innovating game using the 3DS functions to amaze, But i hope they dont add gimmick stuff like motion control like they add with Skyward Sword the only bit that was bad.

I love how some of his points contradict with each other.

try harder.. I love zelda and I know that there'll be a title with quality and I love 3D in my 3DS, so if they are gonna focus on 3D to make game look good from a scratch, that's only a good thing, I loved 3D in Mario 3D land it was great for me, I can't expect less from Zelda, maybe even better.. OOT was a remake and looked really good (except I didn't like fingers on hand, but everything else was great)..

I hate these articles, do people really not have anything better to do then predict the death of the most popular gaming franchises ever?

I agree with everything the author has stated. Well written article.

Sorry people, he forgot to add that he was being sarcastic^^^

Why in the hell would it fail? The only way it could is if Nintendo pulled a Capcom and handed it to a western development team, butchered the series beyond recognition, and sold dungeons, side quests, and alternate costumes as dlc.

In my oppion most handheld zelda games are great how ever the problem i see is they may try to make more console like zelda games which could be good but the console zelda games seem to be inconsisent one game is excelent if not a little too much of the same and the next game is too gimmicky to feel like a zelda game they keep switching between those two tropes and i honestly wish they would decide to stick with one of them for a couple games in a row.

Give us windwaker or majoras mask dangit!!! ;)

Keep the new games for the console!!! ;)

It's Time for the Zelda Series to Return to Its Roots

Going Alone: Delving into The Legend of Zelda Second Quest

Here Are the Best Gifts for ‘Zelda’ Fans