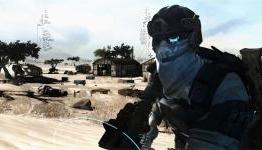 "One thing that’s obvious from just a few minutes with the beta is that Ubi is taking multiplayer a lot more seriously in Future Soldier. While the online side of the GRAW games felt somewhat diluted (with no cover system to speak of and poorer visuals), it seems Ubi has realised the longevity of a shooter is determined by its multiplayer. As such, even in its beta incarnation, Future Soldier’s multiplayer is a lot more robust and a much more engaging experience than its predecessors."

arabicgamers.com
- Comments (0)+ Comments (0)
TopNewestOldest
The story is too old to be commented.
90°2

The Best Ghost Recon Games to Play Before Breakpoint

3 more arrivals hit Xbox One via Xbox Backwards Compatibility – Are they worth the return?

Which of this weeks Xbox Live Deals With Gold bargains should you pick up? – 23rd June 2015