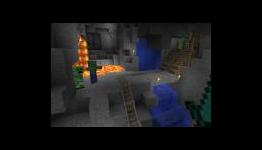 The announcement of Minecraft for Xbox 360 has been kicked around for nearly a year, and finally this week this console port is out. The journey of this game from half-working alpha that people could buy into and play, all the way to a full game with its developers making millions, has been a strange one - primarily because the original creator, Mojang's Markus Persson, saw the success of his game grow exponentially without a dollar spent on marketing. And with a third-party developer called 4J Studios at the helm, Minecraft on 360 brings some nice enhancements for multiplayer and a re-done interface to work with the console crowd. The game is just as brilliant as the original, but it's also got some limitations and issues.

Adhttps://n4g.com/General/Sponsored/arise
- Comments (0)+ Comments (0)
TopNewestOldest
The story is too old to be commented.
80°2