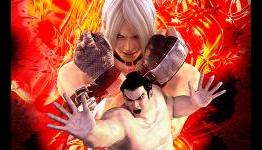 Adhttps://n4g.com/General/Sponsored/arise
- Comments (42)+ Comments (42)
TopNewestOldest
Expand all
The story is too old to be commented.

Yeah I was excited until I seen all that DLC crap at the bottom...wtf were they thinking? Sega must have had lunch with a Capcom exec before issuing that press release.

Some of the sleaze seems to have rubbed off on them.

The game is $15, and for ALL of the DLC for EVERY character it's $30. So in total for everything, it's $45. Still less than any new retail fighter.

Seriously, what other fighting game gives you so much awesome for $15, and then it's up to you if you want anything else. I'd say Sega did a fantastic job with VF5FS.

Okay, you're right, the add-up is less than a full-fledged $60 title...and if you get all the content together it is cheaper.

I seen $4.99 per character pack and shades of Street Fighter X Tekken kind of took over. Sorry, I'm just riled up over all the Capcom abuse.

@Virtua_Awesome You (and a lot of other people) also seem to be ignoring that this is a revised edition. I already have Virtua Fighter 5 for PS3 and Xbox 360, for which I paid full price. There's no difference between this and Super Street Fighter IV: Arcade Edition, which was also launched at a budget price.

$15 bucks for a fully-fledged virtua fighter? You'd have to be a total idiot to not take up this deal

Digital only, no thanks...

if it was 40 or something I could see your point. Anything 20 and under is great. I guess you dont buy and xbla/psn games

I'm willing to pay $40 physical copy with all the customization included, instead of paying $15 to $110 if you include all the (DLC)customization and eventually it will become a disposable product once psn is down...

Disposable once PSN is down? PSN games need to be played online? I can play my XBLA games offline just fine.

I'll be able to transfer them all to the next XBox with a transfer cable too.

dont be upset kagon01 is clearly a old skool gamer who still prefers his games come out on tried and tested cartridges from back in his prime when he played video games. forget those 3d graphics bring back the 8 bit true art of gaming...really though if you prefer a hard copy to a download of anything gaming your time in gaming has clearly come to an end, because this is the first full console game that im interested in, and it is to be cheaper than what a hard copy retail version might sell for. while still also being cheaper than the potential retail cost of $60 and still coming in at only $45 when all dlc is added up, which is a far better deal than any recent capcom fighting games as far as im concerned. so to you i say please stop gaming for us consumers that would like to pay less for digital downloads than the whopping $60 retail price of most games that come out today, and would like to see this as evidence to show they should release cheaper downloadable versions of games as well as retail if that even makes sense.

with the rise and success of the fighting genre again i think they should've invested on VF6, at least this is what they should do next.

I know that feel. I've been dying for a VF6 for so long now!

VF is a very niche fighter (the bulk of the 3d fighting genre is tekken then soul caliber) so bring this out and seeing the fans response was the right call.

it occured to me too, testing the water, i hope it works.

This is going to be amazing. Capcom can take notes.

capcom is already nickle and dimeing us with DLC. I remember Virtua Fighter have TONS of free custimization content for free, just by playing the game modes.

T still Love SF series and Virtua fighter but this DLC for every single thing is getting pretty crazy. Gone are the days of hidden characters and etc. that where unlocked by playing not PAYING.

Son they can keep those BS costumes, im talking about the characters.

Namco is keeping it straight with Tekken Tag 2...at least ALL the costumes, characters and accessories are included in the game without any DLC wallet-rape.

When he said "take note", he probably meant gameplay-wise. This game requires real skill and tactful evasion, not rote memorization of 100% hit combos.

people complaining are dumb. This should be a full release and your getting it for 75 percent off. At 15 dollars no it should not have DLC now if it was 60 I could see your point

"When he said "take note", he probably meant gameplay-wise."

Why ? The last thing 2d fighting games fans want is to have VF mechanics cloned , and the same goes in reverse for VF fans .

There is variety for a good reason , other than practical functions such as online , training or custom related , each got a right to its own signature and feel

Been wanting to play as Jean Kujo for so long. 3 weeks, can't wait!!!

"(DLC) packs will be available immediately upon launch"

I agree with everything except the on-disk part.
If you didn't like being charged for DLC that's one thing, but on disk or off disk shouldn't matter.

On-disk means everybody else that didn't buy the DLC can still see it during versus, and not force everybody to download garbage files if they don't want to pay for the DLC.
Alot more games got on disk DLC than you think actually (alternate colors etc).

VF5FS will make everybody download the DLC's too even if you don't buy it; again it's so other people can see it if you do buy them.
Only exception is unless you won't be able to see other people's DLC costumes, in that case they won't force everybody else to download the DLC files, which kinda sux when you buy the extra costume parts and only you get to see them...

How many bloody years has it been since I been waiting for a console release of this game I cant even remember as my town dont even have arcades anymore. Next month? Well I hope I live long enough till next month to play this.

i sometimes feel the same. I wonder if ill live to see the release of FFVsXIII.

I wish there was a way to Pre-Order it all.

i'm big fan of fighting games like dead or alive,tekken so this is most welcome news. :)

Easily picking this one up. I have all of them, and there's no 3d fighter like virtua fighter.

THIS IS THE GREATEST DAY EVER! No wait, June 5th will be! Sega, SHUT UP AND TAKE MY MONEY!

Ah i love VF5. I cant wait for it either Jackys JKD is spot on to real life compared to other fighting games. It was my second or third ps3 game after launch. Great memories.

Virtua Fighter 5? Didn't this game come out 6 years ago? And NOW they're releasing DLC. Just make 6 already. Better yet, jump on the Cross over band wagon, and a vs with DOA. Seeing as they do have similar button mechanics.

the best fighting game is back and its better than ever

Does anyone know if this will have quest mode? Or if we will be able to rank our characters up like in VF5?

Sega Still Has No Concrete Plans For Virtua Fighter 6

Virtua Fighter 5: Final Showdown is fully playable on PC thanks to this unlocker

Are the free Xbox Games With Gold titles for July 2018 any good?