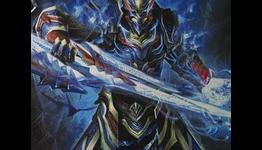 War Of The Immortals Review - MMOGameCentral.Com

War of the Immortals is a free to play MMORPG title from veteran developers at Perfect World Entertainment, the same development team that brought you popular MMORPG titles such as Champions Online and Battle of the Immortals. War of the Immortals takes place on the fantasy world of Motenia, a world constantly sitting on the edge of complete annihilation thanks to the epic struggle between Odin and his rival god, Loki. The historic battle of Ragnarok was not the first, or last, that would plague Motenia but it was the final battle that locked away the two warring gods, leaving humanity to pick up the pieces of their destroyed world.

Adhttps://www.youtube.com/watch?v=IJUbGKExS0A
- Comments (0)+ Comments (0)
TopNewestOldest
The story is too old to be commented.
30°1

War Of The Immortals Review - xmmorpg.com