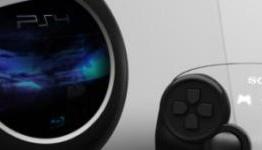 Epic: Next-Gen consoles must have a lot more power

Epic says it's the power, that make you buy Next Gen consoles.

translate.google.com
- Comments (18)+ Comments (18)
TopNewestOldest
Expand all
The story is too old to be commented.

next gen consoles, sadly, will be even more underpowered than the 360/ps3 were at launch in relation to current pc's, and will fall ever farther behind the pc within a year of release than ps3/360 did

crysis in 2007 and nothing on either console has ever even come close to crysis 1 in dx10 at 1080p with 8x anti aliasing and everything maxed to very high to this day in 2012, NOTHING on console even looks to be in the same gen as crysis, let alone crysis 2, arma 2, stalker, metro, hard reset, the witcher 2

we'll be lucky if next gen consoles look that good, sadly, they probably won't

let alone how freaking epic games look in 1600p with dx11, hell, next, next, next gen consoels won't be where high end rigs are today!

I'd rather play Little Big Planet.

crysis was and still is trash
there nothing on pc's

Dude who the fuck cares about visuals, the last time I checked you cant play graphics. Its all about gameplay when it comes to video games. You can the most visually stunning game ever but if that game sucks when it comes down to gameplay, then what you have is pretty piece of trash. An to be quite honest all those games you mentioned fit the category of "pretty trash" imo.

Graphics and gameplay are intertwined. There is no gameplay without graphics, unless you like to play completely sonic games.

The satisfaction of gameplay, even gameplay itself, comes from you seeing your inputs and actions represented on-screen. Without the visuals it's nothing. They are not mutually exclusive, they're very much co-dependent, more-so than any of the other elements that make up gaming.

It's the same with art direction and graphics. Graphics is an umbrella term used to describe all of the computer generated stuff you see on-screen. Art direction IS graphics.

Most of the games you enjoy today only seem more enjoyable than previous games because of visuals. They're still the same basic games with better graphics and bigger worlds, all thanks to increased horsepower. The entire FPS/TPS market is predicated on it.

And nobody who's played those games would ever say they're "pretty trash", so I think it's fair to say you know nothing of what you speak, i.e. "a**-babble".

According to every Call of Duty hater graphics are all that maters...

consoles as in wii, yes you may be right i agree

I have never bought a console due to its power, games interest me.

I detect Epic overselling Unreal Engine 4.0 power already. That's not to say the engine won't be supremely awesome though. Just Epic's way of saying OMG its coming guys. ITS UNREAL!!!! JUST LOOK AT IT. ITS AWESOME!!

1 wasnt that overhauled and looked far better on the Xbox 360 than the PC and all the PC gamers got very upset over this? *rolls eyes*

You may want to actually research that one.

on 360 looked nice, it isn't in the same league as the PC version

Well if gameplay only matters, we can all sit back and play mw4 with the same graphics as cod4!

Bf3 will just call itself bf4 next few yers from now

Well they convinced MS to add more memory to the 360 before it launched. I'm sure they will convince them to make add more power for their next series of games

Thank god the developers are pushing for this...most gamers want the next-gen to be more powerful. I expect CGI like graphics and more realistic A.I./Physics. The pressure sensitive controllers were you can influence the physics in more sophisticated ways...with feedback off course physics is more than waving ur hand in the air without feeling anything. The pressure sensitivity will lead to realistic controls for more realistic physics with GPU/CPU power behind it, gameplay beyond this gen.